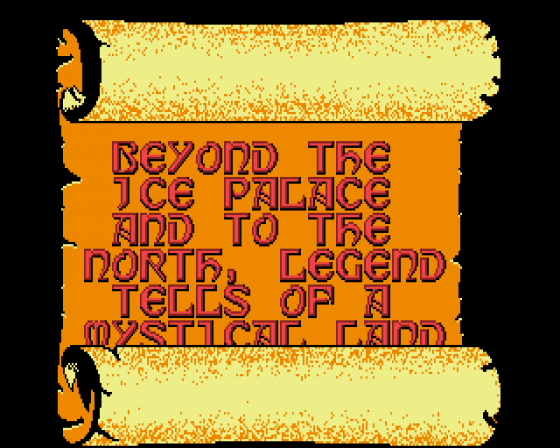 Ever since you were a boy you've heard stories of the distressed land beyond the Ice Palace of the dark lord. You always regarded these tales as mere fantasy, but the simple truth of the matter is that the tales of the atrocities have merely been distorted from the truth over years of telling.

The thing is, the battle is still being fought...

One legend which has stayed the same for as long as you can remember is the tale of the blessed arrow. The forces of good were gradually being overwhelmed by the forces of evil and so needed the help of the wood spirits. Since there was no way for a messenger to escape to summon help, they were relying on someone to find the arrow and bring the spirits to them. 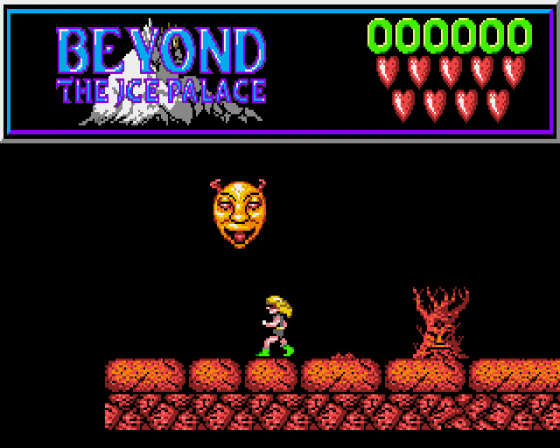 Guess what? One day, whilst you were walking in the woods, you saw something shimmering in the undergrowth. It was an arrow.

Driven by the forces of the woods, you find yourself walking as if in a dream, towards the land beyond the Ice Palace. The world you eventually see is a desolate wasteland, the trees dead and decaying, the buildings shattered ruins. You don't really get time to take in the desolation of your surroundings, as a flight of demons swoop in towards you.

You hurl your weapon at them in a last-ditch attempt to save yourself, only to find that another weapon is in your hand as if by magic, ready to fight again. And so, with an endless supply of weapons and the help of the wood spirits when you are really in trouble, you wend your way further into adventure, along platforms and up precarious ladders, to do battle with the evil warriors, and the dark lord at the heart of the and beyond the Ice Palace. OK, OK, we won't use that phrase again. 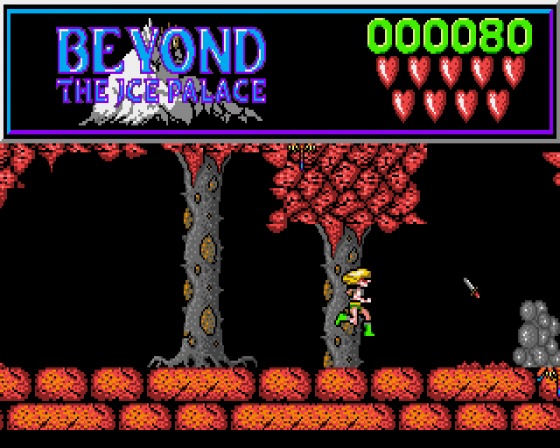 Beyond The Ice Palace is the latest in a line of Ghosts 'N Goblins variants and yet again the new game isn't as good as the original.

The graphics are good at times, the diseased trees and main character animation are particularly impressive, but occasionaly the effect is let down by poorer sections such as the bland and repetitive building graphics.

The sound is none too astounding either, consisting of a drab soundtrack and average spot effects. As for playability - well, there isn't really a lot to it, and what's there is difficult. I suppose that's because there are only three levels, so they don't want you to finish too quickly now, do they? 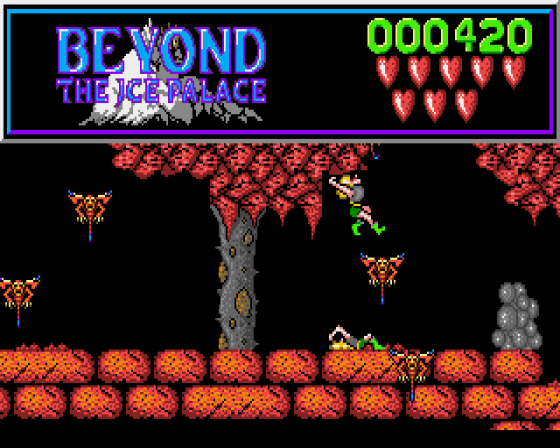 Well, I was finished playing after a short while because I got a bit fed up of the same old thing all the time. Have a look if you're a fan of the genre, but I can't see a lot of others being that enthused.

I like a bit of a challenge, but Beyond The Ice Palace takes things a bit far! It looks and sounds very nice, but play is made discouragingly difficult by the *$!@ing monsters which lurk out of reach of your weapons (and sometimes out of sight) then pounce or fire at you when there's no room to take evasive action.

There is some compulsion to get to the end of the first level, but the rest of the game just seems to be a maze of platforms and ladders - dullsville, dad! It's a pity Elite haven't used their resources on converting the original Ghosts 'N Goblins instead of producing what appears to be an imitation. I know that I'd be much more keen to spend £25 on that. 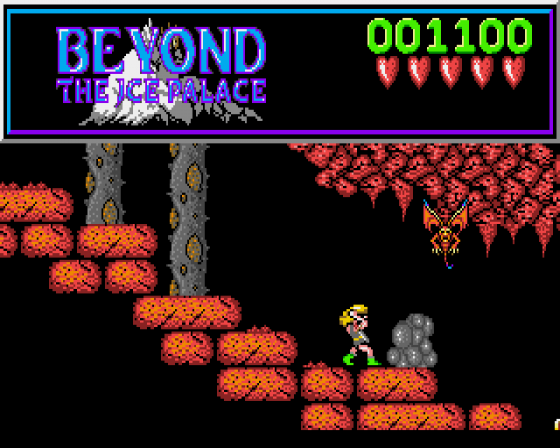 Grrr! Anybody wanna fight? I've just been playing Beyond The Ice Palace and it's really put me in the mood for a good punch up!

The maddening frustration induced by this game took its toll on the joystick I was using, which popped a few microswitches when I started mashing it into the desk!

Sometimes it's just impossible to avoid the monsters or shoot them, so you end up dead through no fault of your own. Infuriating, huh? Well, as if that wasn't bad enough, the game casts some kind of spell of compulsion over you, so you have to keep going through this agony again and again. 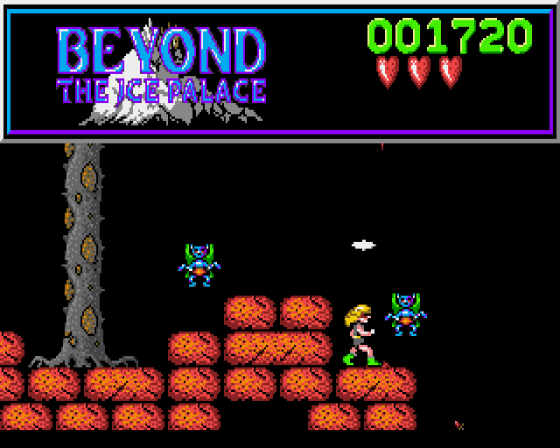 The graphics and sound are above average in quality but they could have been better, and once you're proficient at the game, I think you'd want more than three levels for your £25. And I'll kill anyone who says different!

Graphics 72%
Vary in quality, but the sprites and backdrops are generally well-defined and animated.

Sound 66%
Average music and inoffensive effects, but not much to create a spooky atmosphere.

Hookability 63%
A little too difficult to get into due to the evasive enemies.

A slightly above average Ghosts 'N Goblins game. Slightly repetitive and difficult though. 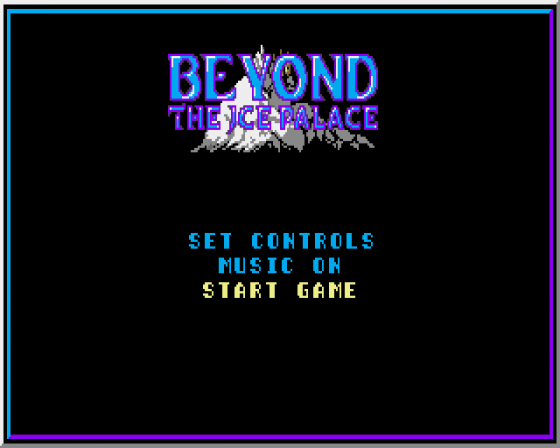 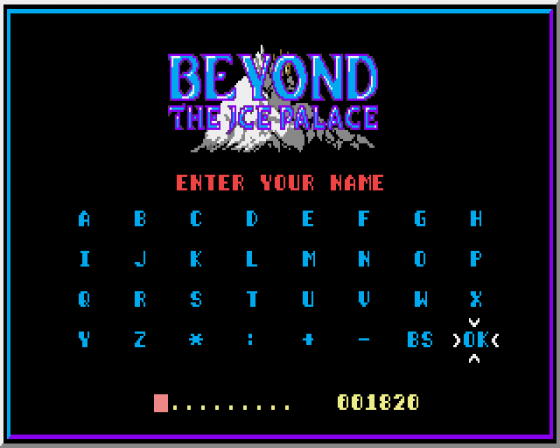