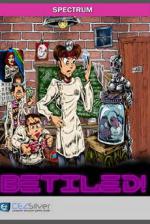 I'd love to say that CEZ's latest release is a technically stunning arcade blaster or multi-directional scrolling platformer, but alas, it's not to be. Instead what we have here is yet another addition to ever-growing library of match-three games - and this time it's the Spectrum's turn to receive the tile-swapping treatment.

Recently the RGCD team have been criticised by some readers for awarding CEZ's previous spectrum game (Cannon Bubble) with a relatively high score - apparently the game isn't worthy of 84% because it's ultimately a clone of an already popular game and franchise. However, in our defence the lack of originality is countered by two main points; Bust A Move had not been ported to the Spectrum previously (so in a sense it is an original game for the machine), but most importantly the conversion was of such a high standard that CEZ's work put many of the platform's original commercial adaptations and licenses to shame. And I'm glad to say the same rule applies to the latest offering from CEZ Studios; Betiled!

You can probably guess from the screenshots (and indeed the title) what type of game Betiled! is. That's right; it's time for some good old match-three style casual gaming again (yawn). However, and quite surprisingly, this Spectrum rendition of Popcap's ever-popular online 'classic' actually manages to rip off it's Bejeweled/Zoo Keeper parentage with flair; as well as expertly adapting the game for both 48 and 128K machines those hard working coders at CEZ have also succeeded in adding a few of their own ideas to the mix.

First of all, and unlike the other ports RGCD have reviewed in the past, Betiled! actually has a background story. Sure, it's a load of old cobblers involving a mad professor hell bent on taking over the world by extracting essential crystals from video games or some such nonsense, but it's a really nice touch nonetheless and adds a lot of character to what is otherwise a very bland genre. Then there's the fact that Betiled! has three different game modes; Arcade and Normal are available from the start, and Special is unlockable after you've progressed past the first five Arcade levels. 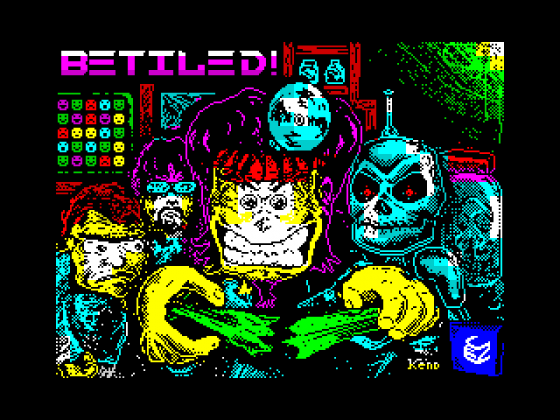 Betiled!'s default Arcade setting is the main game mode from which you follow the story of Dr. Cirilus and assist him in taking over control of the world (riiiight). In this mode you can unlock other tile sets (a new one is awarded after every five levels) and from level six onwards Dr. Cirilus' assistants start inserting special crystals randomly into the grid. Many of these bonus tiles are helpful, rewarding the player with extra time or by clearing the grid, but be warned that some perform nasty tricks - playing the game with inverted controls is not easy...

Normal mode is essentially a straightforward practice environment in which you can select your own tile set from those unlocked so far, and Special is the same again, but with the addition of special crystals from the outset.

So how does Betiled! fare against the other 8-Bit Bejeweled clones available? Well, for a start the Spectrum's colourful and high contrast palette works superbly - unlike the muddy pastel graphics in the C64's Zoo Mania and Marble Logic, it's really easy to distinguish crystals from each other at a glance and therefore identify potential matches. The individual tile sets, in-game animations and cut-scene graphics are of the usual high quality we've come to expect from CEZ's Spectrum division, and the title-music and spot sound effects are certainly above average.

Betiled! isn't perfect though - it lacks the awesome competitive and co-op two player modes of the yet-to-be released final version of Zoo Mania, and after you get past the title screen it's a relatively mute affair (even on 128K machines). Another point worth noting is that Betiled! is very fast and the controls are hyper-responsive for a reason; time is tight and I have to admit that I resorted to cheating via Klive's pause function to get as far as the third tile set. The ever-increasing gem-capture requirements result in the game becoming quite tricky by the time you reach level 10.

However, and regardless of these minor flaws, Betiled! will make a welcome addition to the collections of many Spectrum enthusiasts out there. Interestingly, CEZ have recently announced that they've got an MSX port underway already (which is to be entered in the 2007 MSX Development Contest) so hopefully you'll be able to see how the two compare by the time RGCD #05 is available to download.

I was surprised when my Cannon Bubble review caused such controversy as it truly is a great game. So my expectations were high for Betiled!, despite the rather dull choice of genre.

Unfortunately I am going to disagree with James though as I was quite disappointed with the game. The graphics look messy and although the colours are easily defined, they are not easy on the eye. The game-play was no better or worse than the trillions of 'match three' games available on every other format and the music, whilst good, was too limited. The nice addition of tile-sets and unlockable game modes should be applauded though.

I have now played three games from CEZ studios (Betiled! and Cannon Bubble on the Spectrum and the truly awful Aqua on the CPC) and only really liked one of them, but these guys are still definitely to be watched and given the right subject matter and I am sure they will hitting the heights of Cannon Bubble again soon.

A Spectrum rendition of Popcap's ever-popular Bejeweled, not only done with flair... but with a few original ideas added to the mix. 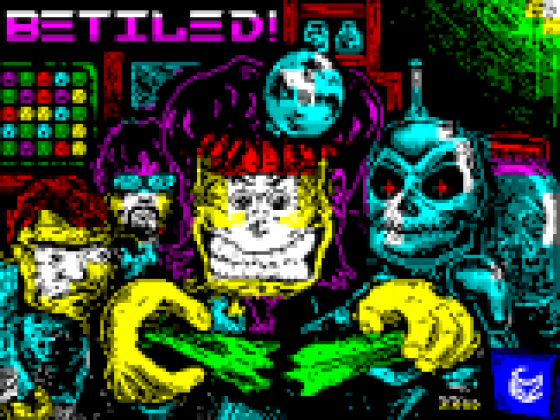 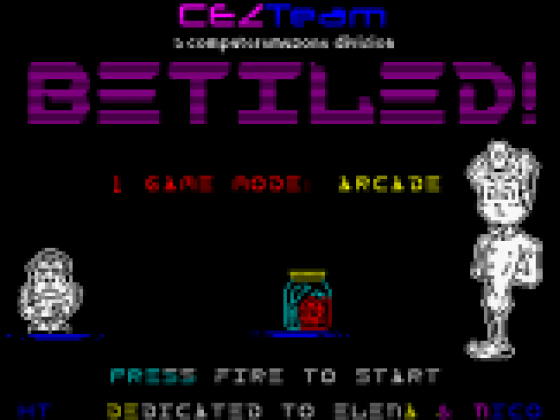 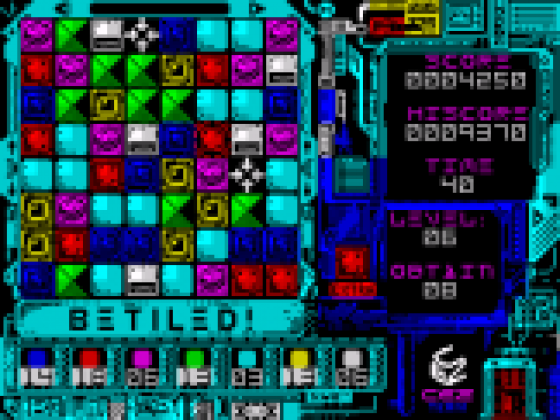 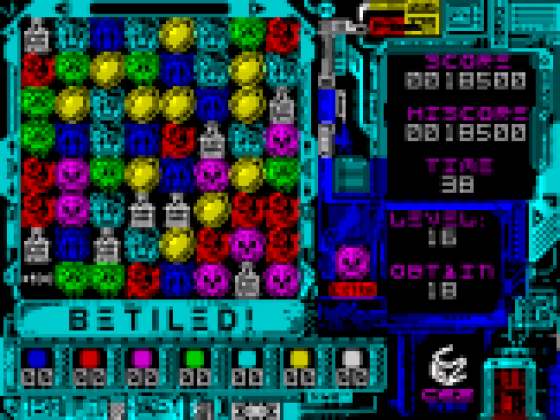