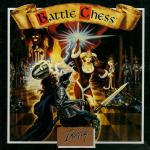 The arrival of two new chess programs in the office can only mean one thing... it's time for resident chess bore Ciaran Brennan to pick up the pieces and let rip.

At the White end... Colossus Chess X, the latest in the tried and tested Colossus series from CDS. Written for the ST and Amiga by Martin Bryant (the man responsible for the 8-bit Colossus games), version X includes a number of enhancements over its predecessors, including infinite playing levels and a program that 'learns' from its opponent's moves.

So how do they compare? Will the flashy presentation and entertainment value of the young pretender see off the tried and trusted gameplay of the old favourite? The pieces are set up, the clocks are reset... let the battle begin.

It's an old war-gamers adage that the best way to compare two board games was to weigh the boxes - the heavier the box, the better the game! This simple rule applies equally to chess programs' manuals, as the amount of information contained is usually a good pointer to the depth of the program.

In this case Colossus wins hands down. Despite the fact that the two manuals are roughly the same size, the Battle Chess book is entirely taken up by a beginner's guide to Chess and a list of historic games. Colossus' manual on the other hand has 34 pages dedicated to an in-depth listing and explanation of the program's features.

On-screen, the presentation is very similar across both programs, with each accessing features via a series of pull-down menus. The Battle Chess system comes out slightly in front this time as its animated menus are entirely self-explanatory, whereas Colossus' more complex instructions often require a reference to the manual.

Although these features would usually be considered cosmetic in a chess program, in this case we're dealing with one program whose main selling point is its animated gameplay.

Battle Chess is graphically stunning, with a 3D board and characters that would have most players drooling out of their mouths. The characters are nice when motionless, but when they begin to move things really get going. Pawns march in typically military fashion, Knights strut in a manner befitting their rank, Bishops glide solemnly and reverently while the Queen vampishly wiggles her curvaceous hips enticingly as she patrols the board.

However, it's only when two pieces meet in combat that sparks begin to fly. Knights dismember each other, Bishops get vicious and the Queen lets rip with a little black magic. This element is so engrossing that I found myself sacrificing Pawns unnecessarily, just to see another fight.

Colossus may not have any of this excitement built in, but its graphics are nevertheless superb. There's a choice of four piece sets (ranging from Traditional through Oriental to Space Age), so everyone should find a favourite. The board and pieces are sharp and distinct, and a unique 'rotate and tile' feature allows the player to view the proceedings from any angle.

By far the best way to compare two chess games is to play them against each other, so this is exactly what I did. Colossus played White and took an early advantage, but Battle Chess fought well from behind and at one stage looked as though it could actually cause an upset. A couple of surprising sacrifices and a devastating end game however, and Colossus trapped the Black King behind its own Pawns to take the honours.

Both machines were allowed up to one minute to consider each move, and more often than not the entire time allocation was utilised. Battle Chess appeared to play a strong attacking game, attempting to win by gaining the upper hand through a series of piece-swapping moves. Colossus on the other hand played a more devious game, executing a few moves that had me scratching my head and obviously having the same effect on Battle Chess.

What makes Colossus unique among chess programs is its ability to include its opponent's moves in its 'book', and recall them for use in later games. This means that, in theory, its game should constantly improve in parallel with the player's and therefore provide a constant challenge.

To be fair it must be said that both titles are very strong. Both would provide a challenge to an average chess player, and neither has any glaring bugs or defects. Battle Chess however is a game built around a gimmick, and like all gimmicks its novelty does eventually wear off. After a while I found that I was spending more time studying the 2D board (which incidentally is better than its Colossus counterpart) and only referring to the 3D display to watch a flight sequence.

Despite its traditional exterior, Colossus Chess X proved to be a better all-round program. The sharper display and the 'learn as it plays' feature made it the more user-friendly of the two and has been the most played chess program in my flat of late. One thing's for certain, 16-bit chess players no longer have any cause for complaint with software of this standard available.

16-bit chess players no longer have any cause for complaint with software of this standard available.