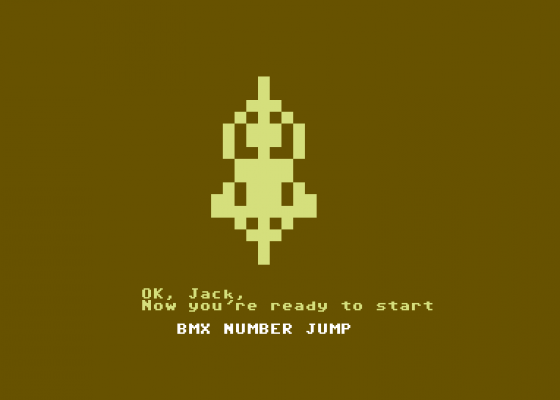 This is an educational program aimed at giving the six- to ten-year-old age groups experience with the basic number skills. To attract the attention of this age group, Longman have used the current fad of BMX as their focal point. The child choose a difficulty level and the game commences.

He must ride his bike around a maze-like course avoiding mutant kangaroos which want to push him off. At the side of the screen is a sum whose answer is displayed on one of the gates in the maze. The bike rider has to be manouevred over the correct answer gate at which point the kangaroo disappears; a new sum and kangaroo appear and the game continues. The skills tested in this program are addition, subtraction, multiplication and division.

The ideas behind this game are sound and, in terms of screen presentation, it is good. I found that I didn't have the instantaneous control of the bike I would have liked. Consequently, the game gave a high failure rate - not desirable in an educational game. Failure, not because of a wrong answer, but by reason of sluggish controls, may result in the game being left on the shelf.

Other Commodore 64 Game Reviews By M.W.

This game has sluggish controls... Failure is high - not desirable in an educational game. 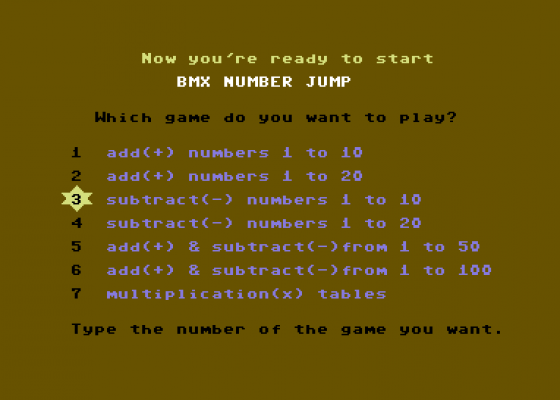 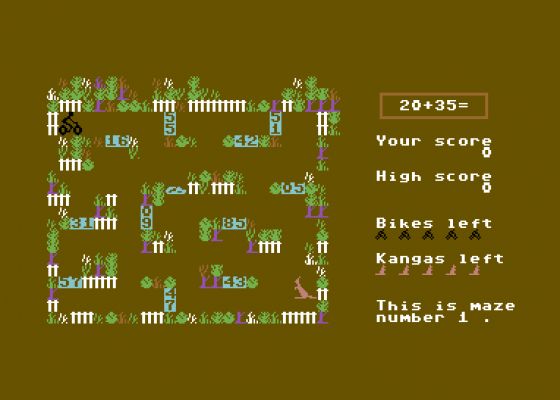 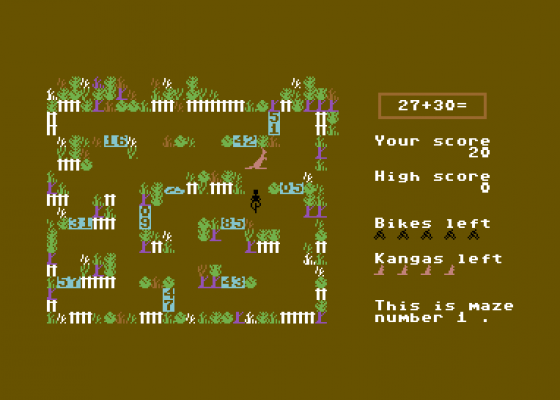 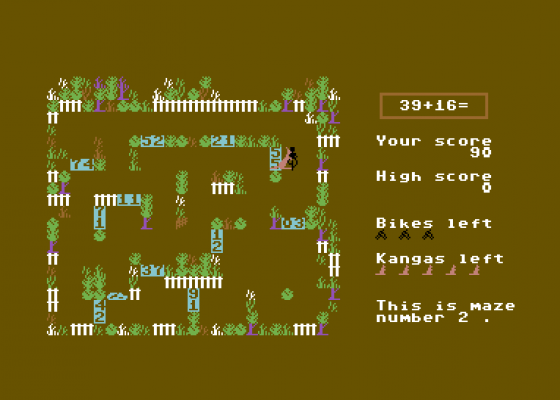