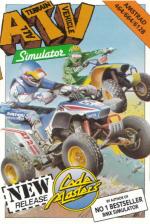 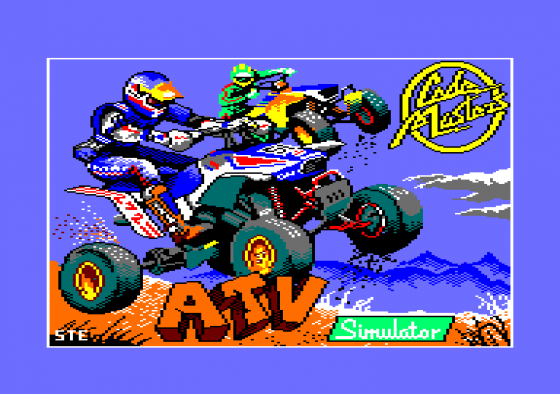 All Terrain Vehicles (ATV's) are tractors, more or less, that can travel over just about any kind of terrain. ATV Simulator is either a simultaneous two player or single player game set over a scries of courses of increasing difficulty.

The screen is split across the middle: one half for each player with a score panel to the right and a clock below the playing area. Your ATV sits in the centre of horizontally scrolling playing area.

Your objective is to reach the end of the stage before the timer reaches the preset time limit. Succeed and you go onto the next course; tail and it's game over. The first two courses are 'Sand Duning' and 'Grass Trakin', neither of which are particularly difficult to complete. 'Icebergs' is the third one and things begin to get tougher from here onwards with 'Pyramids' very hard to complete. 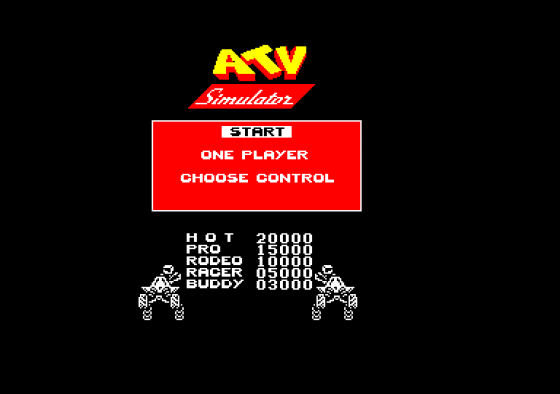 Sound effects are basically engine noises and collisions, but you do get a pretty good tune on the title screen. The horizontal scrolling is smooth and fast. The sprites are only in two colours and not particularly colourful and scenery is likewise lacking in colour.

As with most of the Code Masters stuff it's not brilliant, but not appalling either. Good fun to start with, but perhaps a little lacking in depth and sophistication over the long term.

Hmmm, I wonder... Gary suspects this is too easy, but I'm not so sure. Obviously with a budget game, many people who buy ATV are likely to be at school rather than college, or at work - many, I said, not all! - and it may well be the case that they find the much-vaunted Code Masters playability about right for them. 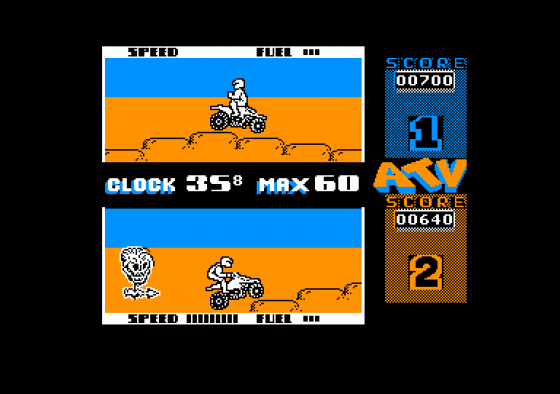 Besides, what's easy for one person (in this case, someone who plays games constantly) may not be easy for another. What do you think?

Staying Power 52%
P. Courses increase in difficulty...
N. ...but they do so in jumps rather than steps.

Smooth horizontal scrolling, even in two player mode... As with most of the Code Masters stuff it's not brilliant, but not appalling either. 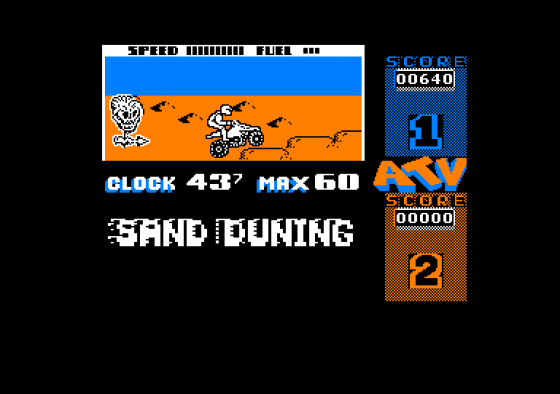 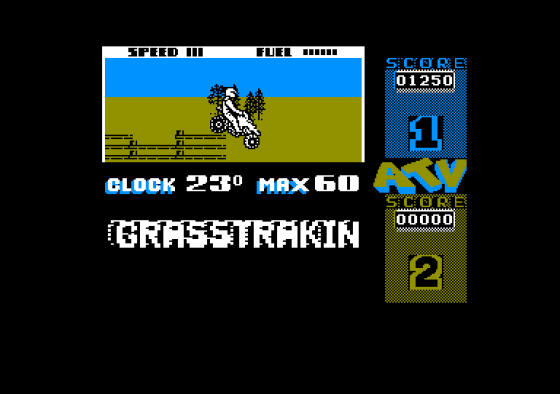 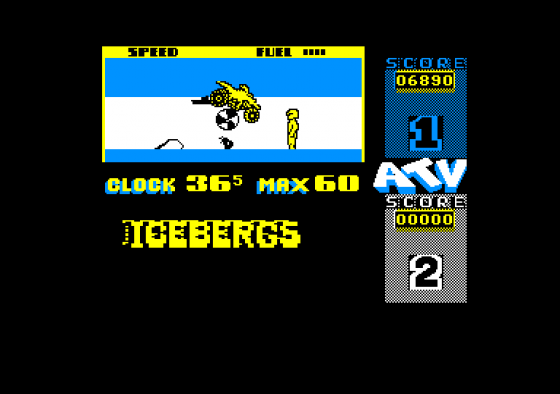