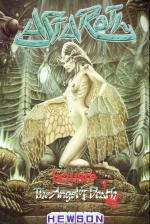 She's tough, she's mean, she even drives people mad, but she doesn't live at Number 10! 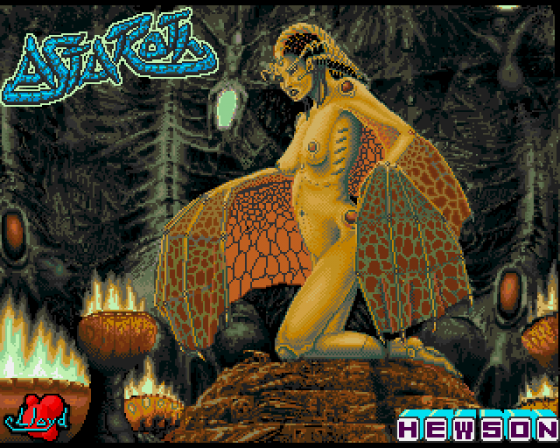 A legend of long ago the Angel of Death has been little more than a myth used to scare children. But now dark rumours are surfacing of an evil presence within a hill in far and distant lands.

The spreading of a madness in animals around the hill and the turning of sane locals into gibbering idiots is one uncomfortably close bad omen. But it's the increasingly cold atmosphere around the hill that has confirmed what everyone didn't want to believe - Astaroth, the Angel of Death, has awoken.

The darkest of clouds appear on the horizon and even the sun begins to dull as chaos takes a grip on the land. This time it seems, the Angel of Death desires a rich harvest of souls before ever returning to her sleep. 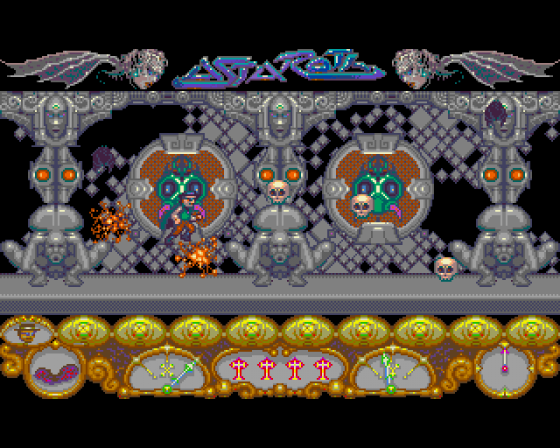 It is into this chaos that Ozymandias appears, a brigand of great reputation but a closely guarded past. With the world spiralling ever faster into a vision out of Dante's Inferno Ozymandias takes on the mantle of saviour and enters Astaroth's crypt. This is not a simple burial chamber but a series of catacombs penetrating deep into the earth. At the very centre lies Astaroth herself but she's no fool, she's well protected by her many minions guarding each of the 256 rooms.

The minions are as varied as Astaroth is evil, with bats, floating skulls, acid drops, boulders, harpies, water elementals and many more serving the Dark Angel. If Ozymandias touches any of these, he gradually loses his mind (represented by a decaying brain), continued contact costing one of his five lives.

As well as nasty creatures some rooms contain bell jars. Within these reside Mind Powers, modern day spells and the means by which Astaroth can be defeated. By absorbing them into his mind Ozymandias can use the new powers to defeat creatures and pass obstacles barring the way to Astaroth. A transporter is to be found within each level providing a portal to the next set of chambers. Progress far enough and Oz's position is stored so upon death he can continue from the last teleporter used. 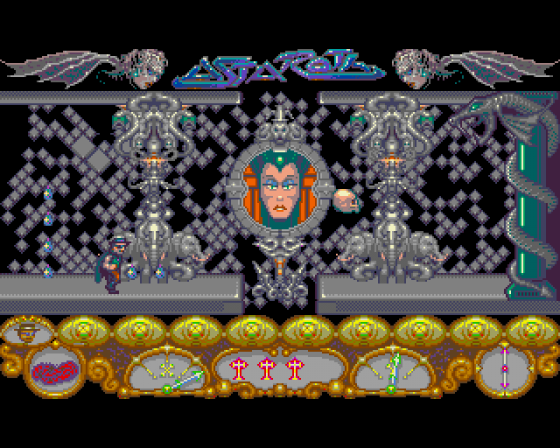 The most useful Mind Power to find at the start is the Levitation Power, without this Oz cannot get back out of the lower chambers. Similarly, without the Transmigration Power Oz cannot use the teleporters. But it's with the offensive Powers that Oz gets the chance to fight back, once these are gained Oz can then think about taking on the three Guardians - a Sphinx, a three-headed Hydra and the Marilith Demon.

When all nine Mind Powers are in Oz's possession he had best prepare himself for the final battle of all - against the Dark Angel Astaroth in all her dark fury.

Graphic artist Pete Lyon has created a superbly dark and forboding atmosphere for Astaroth. At times the backdrops are crammed with so many different graphics they look almost alive.

The further Oz progresses, the weirder the backdrops get with statues of alluring ladies, fearsome dragons and yukky bio-organisms enhancing the already surreal atmosphere.

The offbeat soundtrack is slow-moving but it's certainly original - unlike the gameplay whose unoriginality is compensated for by the variety of Mind Powers. A good strategy develops through using them correctly and even when Oz has most of the Powers, death is only one false step away.

There's no use denying I can always be swayed a bit by good graphics, especially when those graphics are as good as these, with a strong HR Alien Giger look.

Together with a quiet, haunting background tune the graphics create a wonderful sense of atmosphere which really makes you want to play. Initially, actual gameplay is a bit disappointing - run around, dodge baddies, etc - but once you start collecting the Mind Powers the game really picks up.

Congratulations to Hewson then, for breathing new life into the arcade-adventure format with this imaginative and beguiling 16-bit release.

At first sight, Astaroth seems like a slow-moving, unoriginal arcade adventure of the simple type produced years ago. However, playing it for a while reveals an interesting game with plenty to see and do, the inclusion of Mind Powers adding a tactical aspect.

Even with the useful save option, making progress requires plenty of skill and patience although the gorgeous backdrops are a real incentive to persevere, creating a surreal atmosphere.

Nearly every screen has some new set-piece of surreal design, making you gasp at the Pete Lyon's wealth of imagination, and encouraging you to get further into the catacombs.

Although definitely *not* recommended for those who like their action fast and furious, Astaroth is a highly polished, thought-provoking adventure.

Graphics 92%
A disturbingly evil atmosphere created by some of the most haunting graphics ever seen.

Hookability 84%
Quite tricky to start off but with a few Mind Powers 'under your belt' it becomes slightly easier.

Lastability 92%
Each of the 256 screens is very tricky. 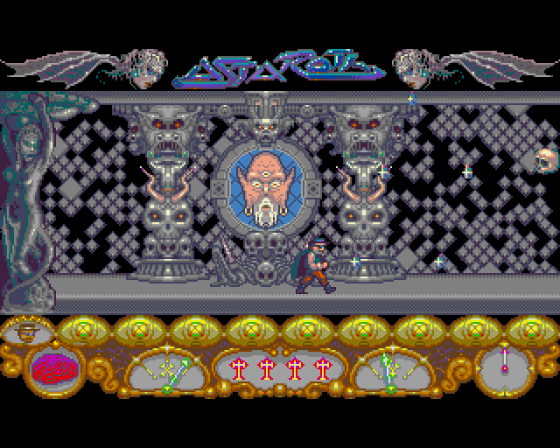