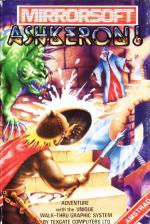 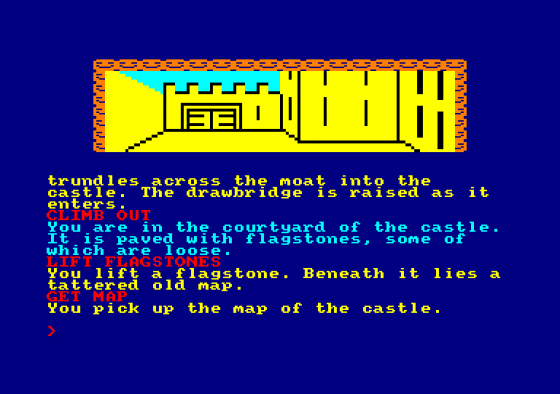 Talking of pick-up-and-examine puzzlers. Mirrorsoft have just brought out a game with a plot that sounds as corny as they come - buzz off to the wicked wizard's castle and grab a few stolen treasures that must be restored to their rightful owner.

Well, hold it right there, fellow pilgrims, because this game is rather more interesting than the plot might leave you to believe. First, it's got some nice real-time elements. Those of you who have played The Hobbit will be familiar with the 'You wait... Time passes...' type of message that occasionally flashes up on the screen when you don't bother to enter anything. This happens in Ashkeron, and is a sign that even if you're sitting back, the program is actually up to something. Occasionally a slimy green dwarf will appear and brandish a dagger, which if you're not careful will soon end the game for you.

But that's not all that's going on - castle guards wander around and will, if you don't keep on the move, chuck you into a dungeon which isn't easy to get out of (at least not without a bit of light to see by); cooks, butlers, and burly serfs will all indulge in (occasionally helpful) conversation and you can even talk back to them if you're feeling chatty. 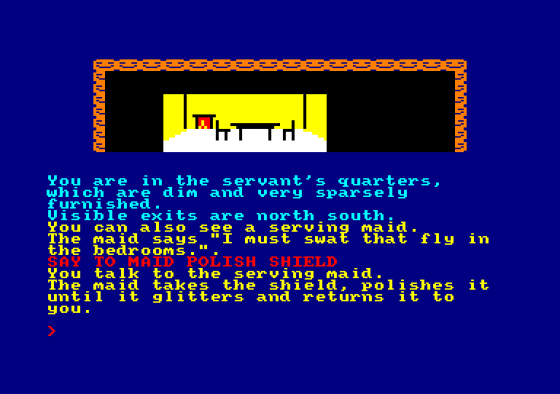 But perhaps the most striking thing about this game is the display. First, the text is nicely picked out in different colours, and second the graphics themselves actually scroll on and off the screen according to which direction you're going in.

This is really quite a striking effect, and although the graphics window is quite small and the pictures themselves slightly rudimentary it is still quite a thrill to climb up the northwest tower and see the rooms scroll downwards as you mount higher.

In fact, quite in contrast to Robin Of Sherwood, there is really some quite acceptable programming in Ashkeron. The keyboard beeps confirmation when you hit a key and some of the puzzles are quite ingenious. You can also play a 'random game' in which the various objects you need are randomly distributed, making the game a little different each time you play.

Where Ashkeron loses out slightly is in the scope of the game - there aren't exactly dozens of locations - but what there is is excellently presented. The game as a whole has a slightly naive feeling to it, as if it might have been designed for the younger adventurer, but don't let that put you off. I hope that whoever programmed Ashkeron brings us another game in the not too distant future - and perhaps he can improve the graphics just a bit to bring us something really special.

The text is nicely picked out in different colours, and the graphics actually scroll on and off the screen according to which direction you're going in. 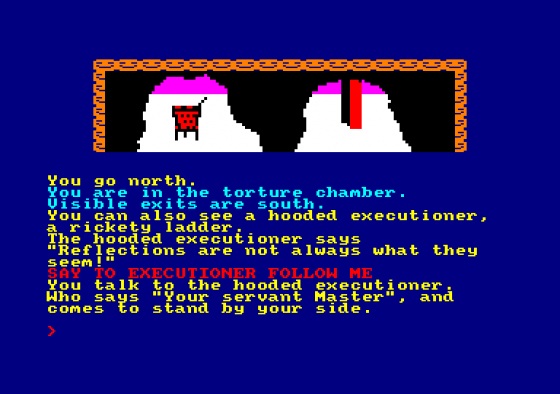 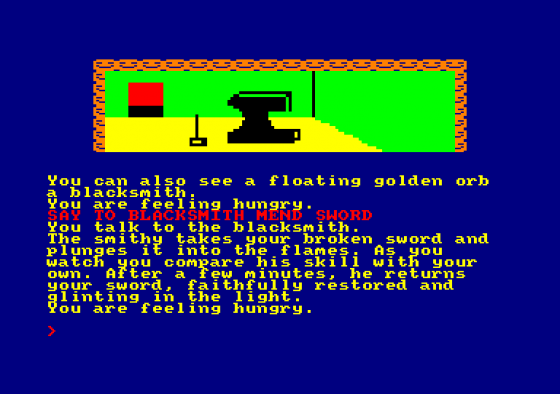