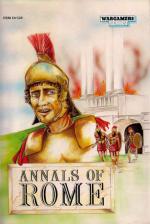 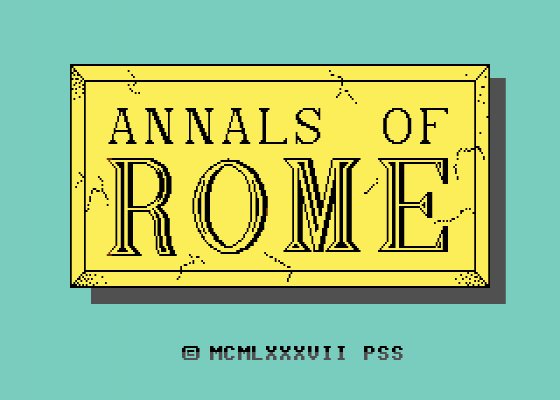 This is the long-awaited Commodore version of Annals Of Rome. The game remains as good as ever, probably the best strategy game on the market at the moment.

The single player tries to establish himself on a map of the ancient world a Roman Empire, deploying troops and commanders in variable-length moves of about twenty years. The game has no end and no objective, except survival (the real Roman Empire lasted more than 1600 years). Like the real Romans, the player will find the he has to conquer the world just to stop the world from conquering him.

If the game remains as good as ever, it is hard to see what the converters have done with the Commodore's extra 16K of memory. 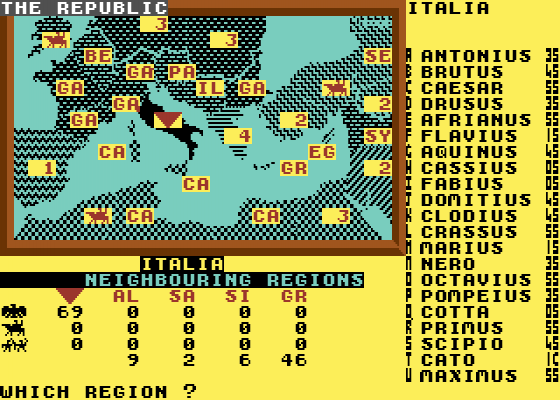 The playing map is actually smaller than on the Spectrum version, and in black-and-white instead of colour. The update tables are also smaller and the figures harder to read. The sound effects have gone, and so have a number of touches like the "antique scroll" which gave the Spectrum version its charm.

What you do get in increased reliability. The Spectrum version is very prone to bugs and to impossibly large armies springing up from nowhere (the fault of the machine's random number generator according to PSS, which is rather like a workman blaming his tools).

The C64 version runs smoothly and far more quickly, with a subroutine to safeguard against such random large armies. But - nothing is perfect - this time there is a problem in saving the game, which with a game so long is an essential feature.

PSS have a really excellent game in Annals Of Rome. If they took a bit more trouble with it, they could have had a world-beater.

PSS have a really excellent game in Annals Of Rome. If they had taken a bit more trouble with it, they could have had a world-beater. 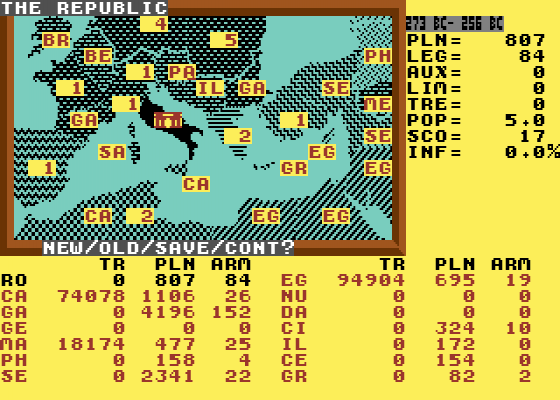 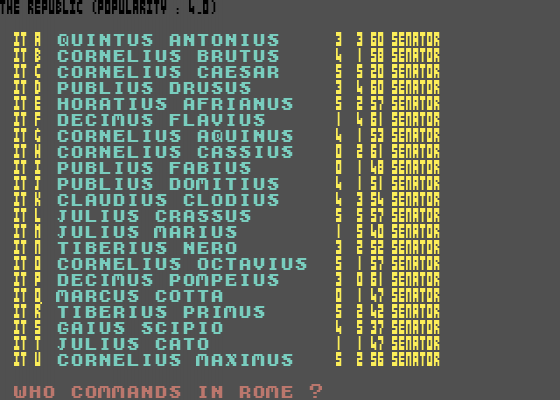 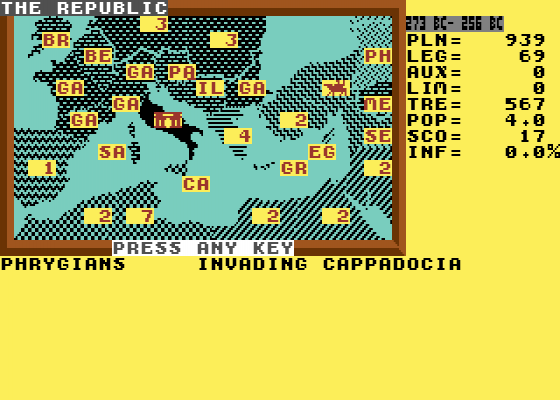