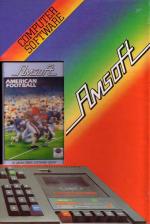 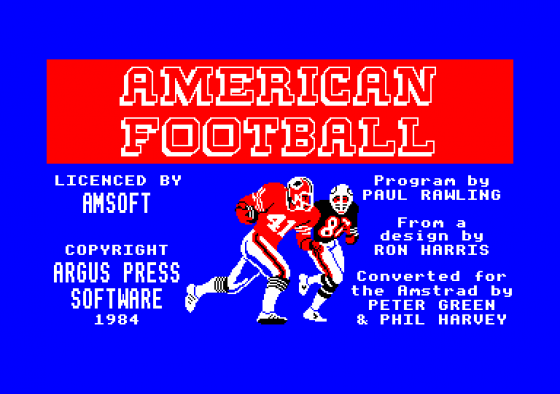 US football has taken off in Britain and this computer version lets you play your own matches against the computer or another player. The game features all the rules and action from the real thing but is acted out by two stick-man teams on screen.

The game is split into four quarters of 15 minutes and the object is to take the ball into the opposition's 'endzone' for a touchdown. This can be converted for another point and a field goal will score three points. The offence has four passing plays, four running plays and three types of kick while the defence can choose from one of four defensive plays.

The offence has to make ten yards in four 'downs' through these moves while the defence tries to block them. Some plays will get little yardage or even give the ball over to the other side while others may move the ball a long way.

1. May not appeal to non-fans. 2. Stick-man characters are disappointing. 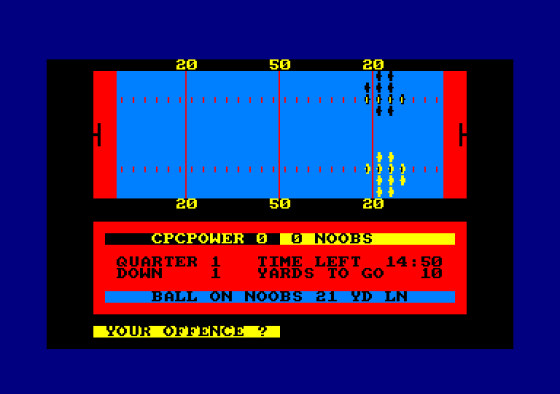 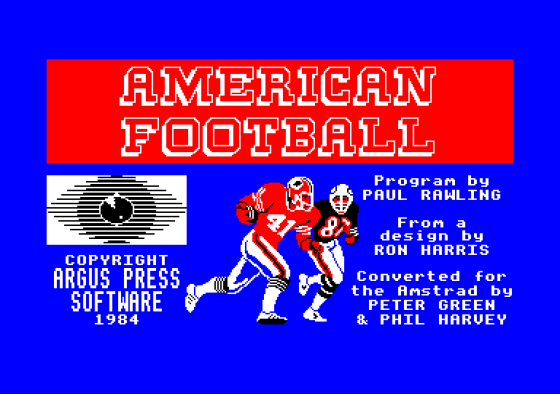 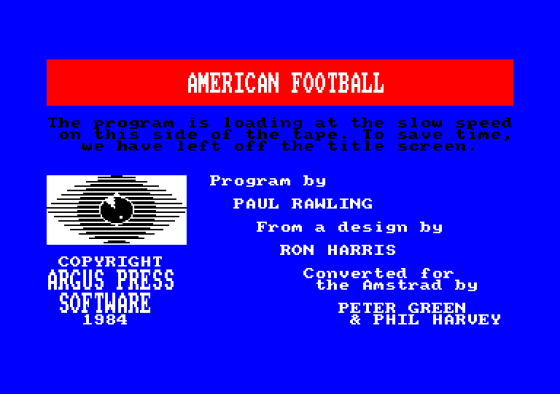 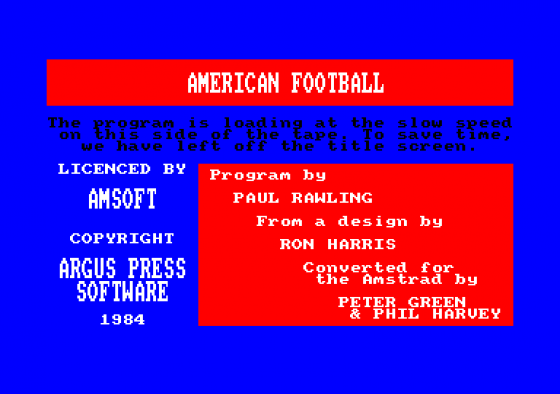 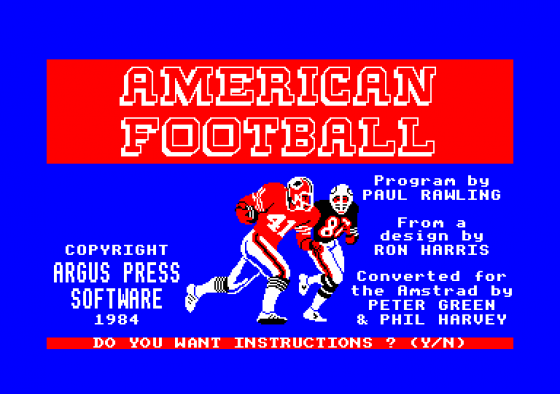