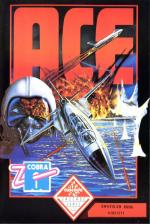 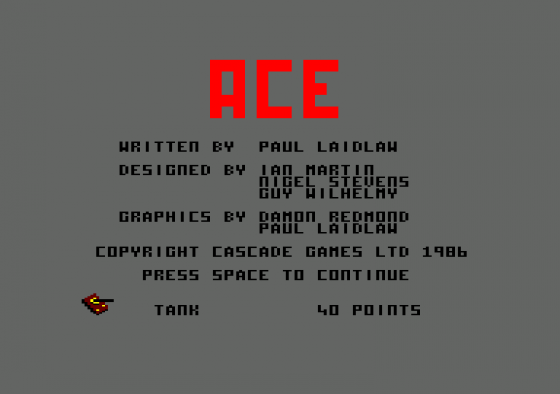 In Ace, you are the pilot overlooking the controls of a jet fighter and your mission is to fight and destroy the entire air, land and sea forces of your enemy single-handedly, thereby saving your homeland from conquest.

With the game comes a sheet of instructions, but it is possible to skip these at first and just play the game by referring to a very clearly set out key table. This makes a nice change from having to read every single word in the instruction manual before even loading a game. Even if you do read the whole sheet first you will find the instructions are clear and simple - a radical departure for a flight simulator. 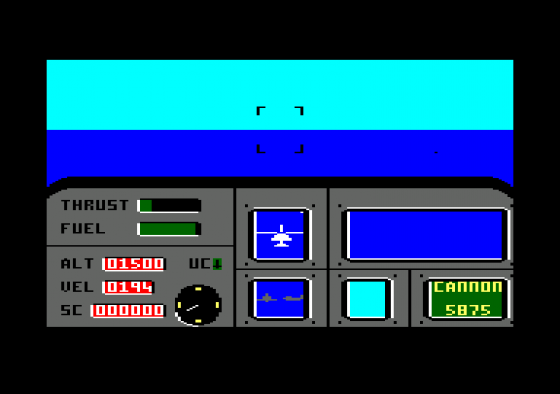 When you start, the instrument panel appears in the lower half of the screen, with the view out of the cockpit window in the top half. The panel, like the instruction sheet, is clearly set out. Clever use is made of uncomplicated graphics and colour to highlight the displays and make them clear.

The instrument panel really comes into its own when you actually play the game. It is relatively simple to keep tabs on your height and speed as well as the position of the aircraft all at the same time.

But playing such a game without a joystick is no fun at all - a game like this needs the quick reactions provided by the stick, this makes it more interesting for the player. Controlling an aircraft even with a joystick, can be a little hairy to start with but with practice it is possible.

Another oddity of the game, unusual in a flight simulator, is an ability to change between summer, winter and night-time scenarios - most flight simulators keep to night scenarios to avoid having to draw scenery.

Each scenario in Ace comes in full colour with superb graphics. Another plus is the smoothness of the graphics as the aircraft flies through the air - the enemy aircraft bank and turn in front of your eyes at high speed just as they would in real life.

On the debit side, the game can be somewhat tedious to start with - you can get to be good at taking off, but nothing else. It can be extremely frustrating to fly long distances towards enemy aircraft just to be told that you have crashed and have to start back at base again.

If you want an accurate and detailed, boring, flight simulator then I would look elsewhere. However, if you want fast action with enough realism to add to the action and plenty of mission options and weapons payloads, along with in-flight refuelling and weather changes, then have a good look at this game.

Fast action... and plenty of mission options and weapons payloads. 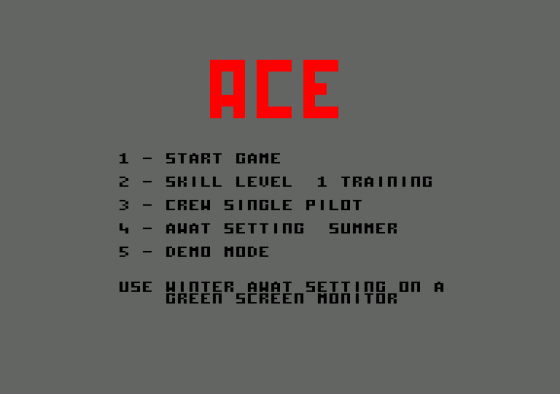 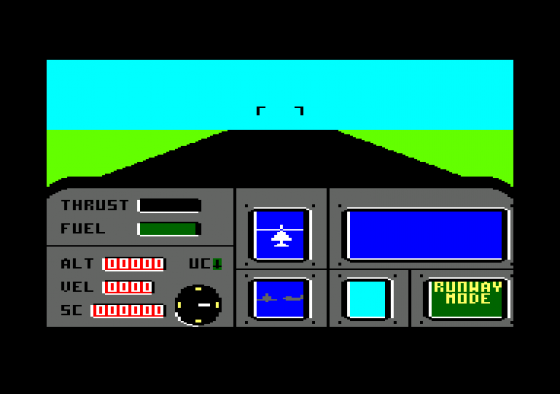 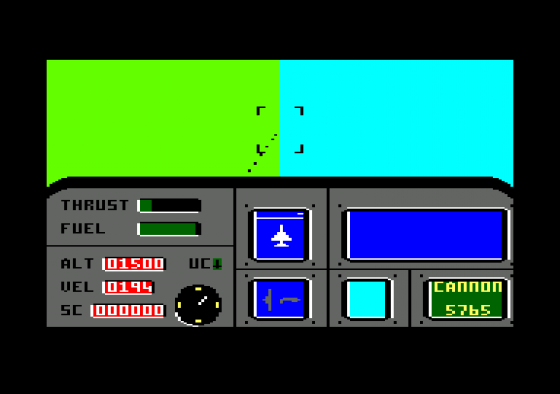 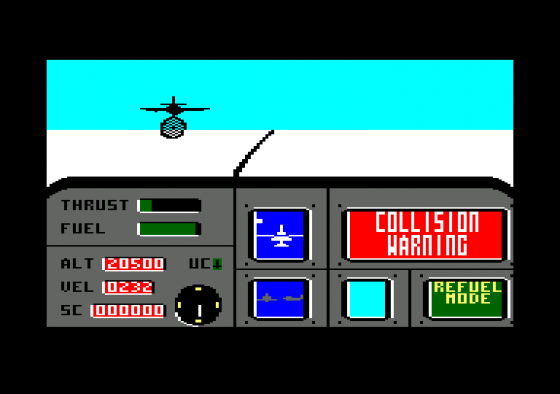