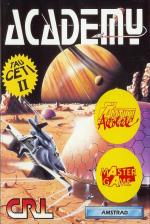 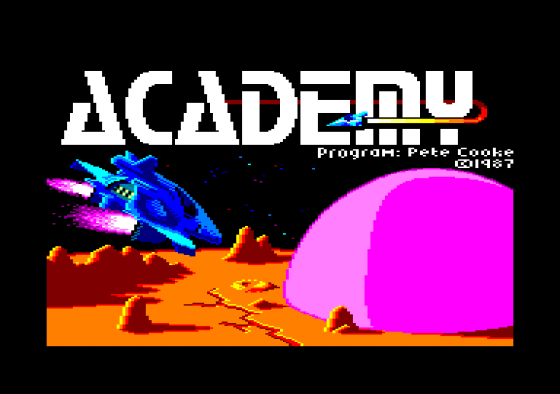 The third game in the Tau Ceti series from Pete Cooke and CRL is based around the first game that gave its name to the series. Academy, however, takes a step back in time to the training days of skimmer pilots.

The original game involved flying a craft over the surface of a planet, killing robots, bombing buildings and solving puzzles. The latest game in similar but has a different game system.

The plot centres around the pilots' training academy. A skimmer pilot has to complete blocks of training missions to become qualified. To qualify on one level you must score 90% on each of the four missions in that level. Information on the next level is restricted, so you can only use the academy's computer to get info on the current four missions. 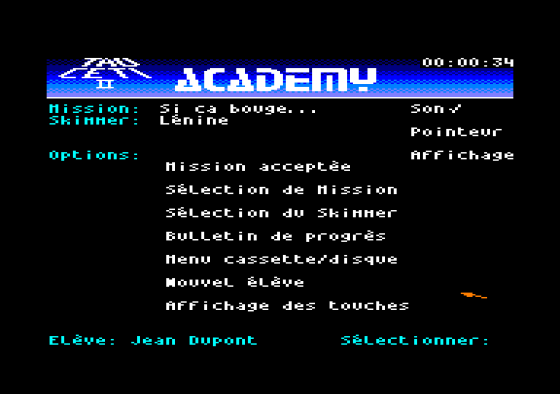 The skimmers are customisable. Three skimmers are already provided and you can select any of them but you can also design your own various functions and equipment selectable. But there is a penalty to pay. All skimmers must be built to a budget and all skimmers have a weight restriction. Each item of equipment has a weight and a price - each skimmer can carry 100 galactic megatons and must cost less than 100 M credits. As the instructions say: "May the GalCorp budget be with you!"

Once you have designed your craft, you can then put the controls and main screen anywhere you like on the computer's display - truly customisable, this bit.

There is more gameplay to this game than Tau Ceti. The missions are quite different from each other and you certainly feel that you are doing something when you go for a mission in Academy.

A great sequel to a good game.

A great sequel to a good game. 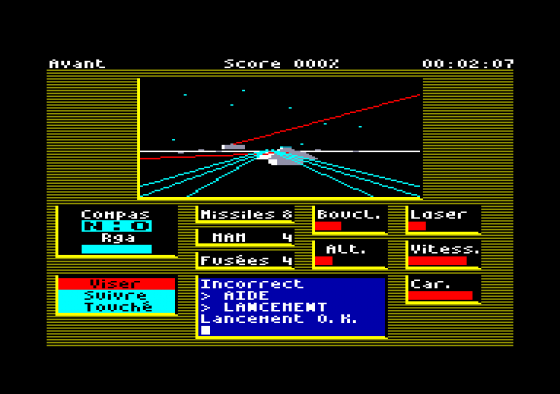 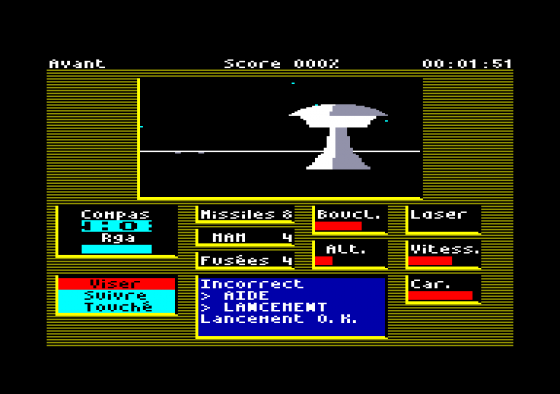 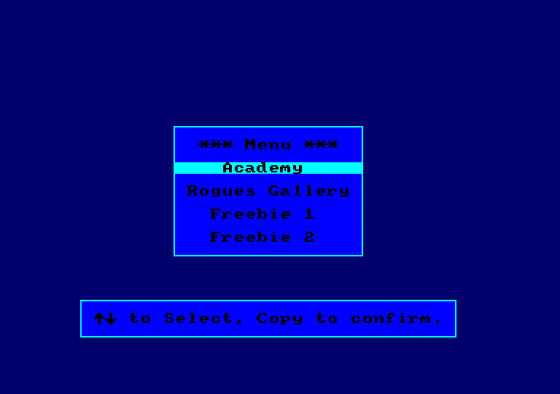