﻿ A View To A Kill (Domark) Review | Amstrad Action - Everygamegoing 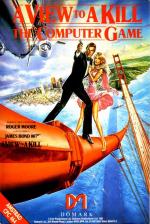 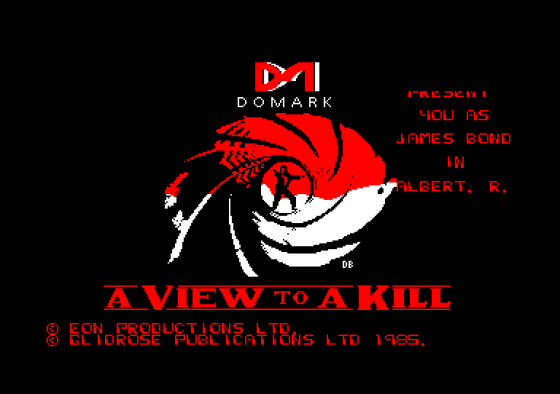 Spin-offs and licensing deals are all the rage these days and Domark have enlisted 007 himself to try to bring them success. The game is based on the most recent Bond blockbuster film and is in three distinct sections, each with a very different aim.

The game has been turned on its head in relation to the film since the three games are played in the reverse order to which the events happen on celluloid. You start with the Silicon Valley mine (the film's finale), move onto the City Hall escape and finally end up at the Paris chase. This has been done to provide more incentive in the scoring system and since you can practice the last two games without completing the first, isn't too important.

On loading you are given a choice of which of the three games to play, accompanied by the Duran Duran theme music to the movie. Once you've chosen it's another wait while the game loads. When games one and three are loaded they play the Bond theme but game two has no sound at all. Each game has a short instruction page and two and three allow you to enter codes obtained from completing the previous game that allow you to score points. 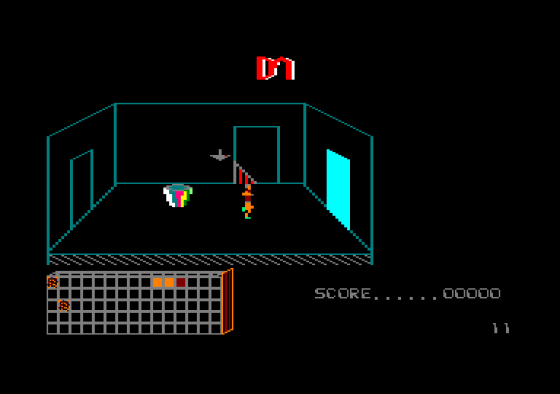 The mine sequence sets you the task of finding a bomb and defusing it. It's composed of a large flick-screen area filled with falling boulders, holes in the floor and objects lying around. You have to find the bomb and the pieces of a winch and then persuade the evil villain's female sidekick, May Day, to winch you down to the bomb. There you will need the right tools to defuse it.

Bond can run and jump his way around without dying although being hit or falling a long way will reduce his time before the bomb goes off. There are lots of objects about like a grapnel gun, dynamite, parts of the winch and various code numbers. These can be picked up and used with the 'duck shoot' which allows you to scroll through the list of commands like search, drop, use, pick up, pause, get lift, winch down and winch up.

Completion of the mine sequence gives you a code for the city hall escape. Here James has escaped from a lift but his companion is still trapped and there is a fire blazing in the building. You have to rescue Stacey and then get out of the building. To do this you have to work your way through the 75 rooms, opening doors, searching cupboards and collecting codes for the final escape from the building. Each room is shown in 3D and Bond moves from room to room by running into an open doorway. You can also get between floors using the stairs on both sides of the building. A 'duck shoot' is once again used for selecting controls.

The final game is more straightforward arcade stuff in which you have to pursue a parachutist who has leapt off the Eiffel tower. You drive around the city streets trying to avoid the buildings, other cars and police. The bottom half of the display is the street-plan from above (easiest to use) while the top is a 3D view of the road ahead (useless). Your car can accelerate forward or in reverse but if it takes too much damage or isn't at the parachutist's landing zone you lose. There are several landing sites but it is difficult to tell which one the parachutist is heading for until quite late on.

Individually, the games are reasonable and as a whole they are good value but not outstanding in quality. The music is really very good and it's a pity it doesn't play throughout the games.

I was neither shaken nor stirred by this. None of the three games struck me as terribly interesting. On the other hand they weren't terribly uninteresting. The graphics are pretty poor but some of the gameplay demands a certain amount of brainwork - but not enough to tax a budding James Bond.

P. Three games for just over the price of one.
P. Excellent pieces of title music.
P. Challenging games that aren't easy to solve.
P. Nice plot tie-ups if you've seen the film.

N. Graphics and animation aren't that hot.
N. Loading is a pain.
N. Game ideas one and three are simple and unoriginal.

The graphics are pretty poor but some of the gameplay demands a certain amount of brainwork - but not enough to tax a budding James Bond. 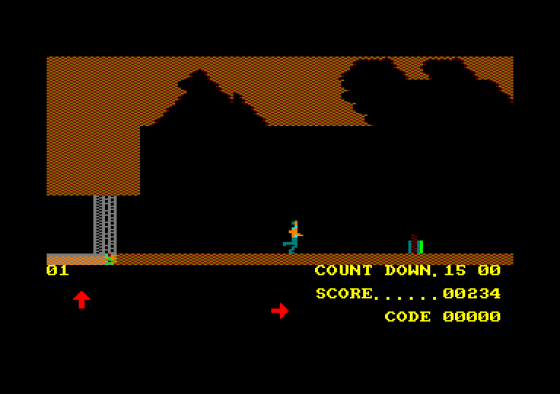 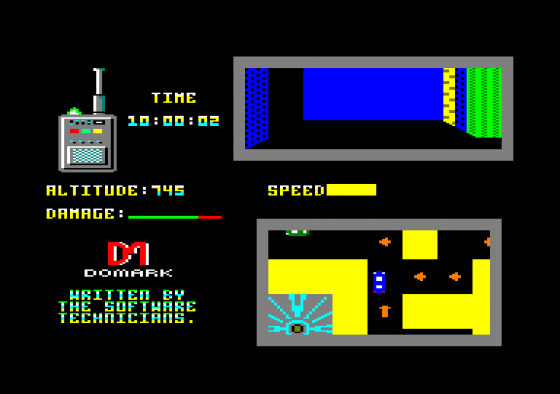