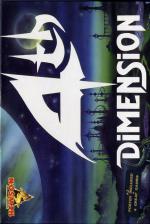 Normally you expect compilations to consist of chart-splitting, gut-wrenching megasuccesses, but Hewson has decided to do something different and release a compilation of titles which have never seen the light of day before. It's pretty obvious why, too - none of them are quite exciting or original enough to make it as full-price titles, but they're just about worth a bash on one big box.

A few months ago EMAP Towers resounded to cries of 'Oooooh! Offside! Goal! No it wasn't! Yes it was!' 'cos everyone was playing a well spiffing footie game called Kick-Off on the Amiga (spit). What's that got to do with Hewson's Super Cup on the Speccie, you may ask? Well, the two aren't dissimilar; the pitch is viewed from above, scrolling mightily to follow the movement of the ball. The graphics are minimal, the action's very fast, and the frills are non-existent. Trouble is, what looked good on the Amiga doesn't quite measure up on the Spectrum, so you're left with a soccer arcade game which is no better than a dozen others, and has none of the managerial elements.

Rather more fun is Head the Ball, which isn't a footie game at all, but a sort of cutesy-wootsie Mario Brothers effort in which a disembodied head bounces through a magical landscape in search of his lost girlfriend, kidnapped by the charming Heads Angel, Gobba. There are diamonds to collect to bribe Gobba, pits to leap and nasty heads to avoid; eventually you get a sort of jet-pack to fly over the nasties. Quite good fun if you like this sort of slop, but no points for originality.

Equally familiar is Kraal, which is so similar in appearance to The Edge's Shadow Skimmer that they might have been programmed by the same team. Here you explore the measureless reaches of an alien complex, exterminating larvae and hunting down the monstrous mother spiders. The backgrounds are marvellously colourful, and your fighter probe slips underneath scaffolding and other structures as you roam around. Annoyingly, the background flips to the next section before you get to the edge of the screen, so you tend to lose track of your position easily. Otherwise, Kraal is pretty polished, and there's a promise of some naughty smutty excitement if you get through to rescue the space princess (but not really, I suspect).

Klimax is the real oddity, and this one I think should have been released on its own; it plays a bit like Magnetron and looks like Alien Highway. If that's not much help to you, the idea is to pilot a ground-skimmer around a flip-scrolling background of grids, fighting off enemy robots, searching out and disarming auto-destruct mechanisms, and stopping at computer terminals to fuel up and check your directions to Zap City. Pretty good though a bit repetitive.

Reasonable compilation, but no real mega-hits.

A reasonable compilation, but no real mega-hits.
Logout