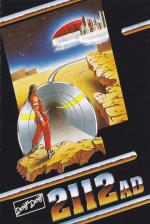 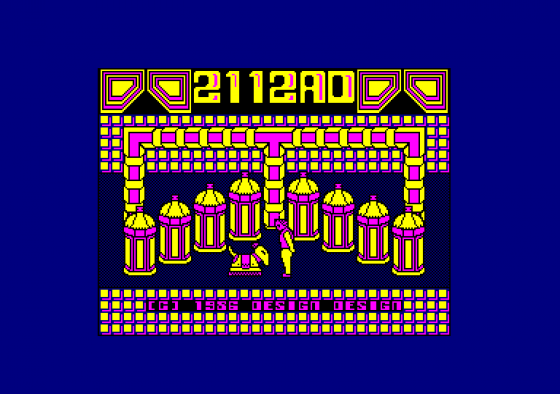 Everyone's into icons these days, even the wacky boys (copyrighted BBC TV quiz game phrase) at Design Design. It's also a bit of a departure for them in that this is a true arcade adventure rather than their usual "shoot anything that moves" game.

Surprisingly, the scenario is fairly boring and involves the familiar plot of a computer taking over the UK with you the hero (yawn, bore) who has to stop it by collecting nine control codes. This is the heart of the game because the codes have to be found in a computing complex that is represented using a rather novel 3D technique.

Each room is viewed side on and is just one screen wide but has a lot more depth. If you walk into or out of the room it scrolls to reveal more of the room. This is done using some clever perspective so that as the screen scrolls, objects and scenery pop into view or disappear from it. This system works quite well and you should find that with a bit of walking around everything in the room becomes visible at some stage.

The bottom of the screen is given over to the information section and the icon menus. These are how you keep a check on 'the man you control and his faithful com-panion Poddy, the mechanical dog. There are a number of controls available for manipulating objects and the two characters and also ones for saving, loading or restarting games.

Poddy is the most important and the most annoying feature of the game. He is essential to your task because he can carry lots of objects but he's likely to send the most loyal dog lover crazy. He will follow locked. Some rooms have machines in them controlled by the computer and therefore hostile to you. Both these problems need objects to deal with them - the doors need keys to unlock them and if immobilised by a robot you need a first aid kit to get you going again.

Other important things to do are getting cans of food to keep the character going and charging Poddy's batteries at handy Wall sockets. There are many other objects to be found like bombs, a light bulb and a cashpoint card but where and how to use them is pretty difficult to work out. This may mean it will take you a while to get really into the game.

The graphics are beautifully designed and use well-chosen colours. Movement is a little slow but well animated, and after all you don't need to go anywhere in a hurry. The icon system works well but the adventure element seems obscure and difficult to get to grips with. Poddy is the real problem though - he may be house trained but he'll never make the Cruft's obedience school.

I wasn't all that impressed by this one. There's no real urgency about any of it, and I didn't find it all that exciting graphically. Icon fans will go a bundle over the control system, but the lack of interesting gameplay or locations left me cold. It's very competently done, but I didn't get anything out of it - except a sincere desire to wreck Poddy.

The rooms are very uninspiring in mono, but the gameplay is unaffected.

N. Poddy's control will drive you up the wall.
N. Task seems obscure and too difficult at times.

Well designed and attractive rooms. However, control of Poddy will drive you up the wall. 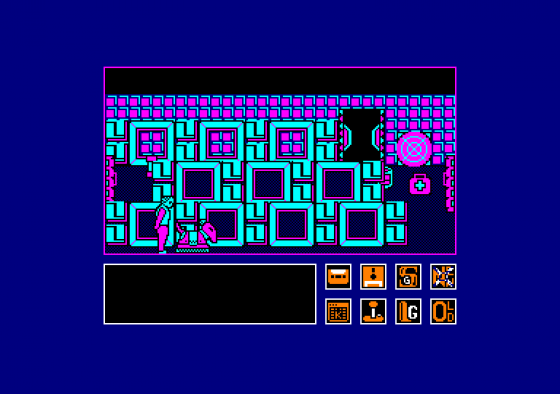