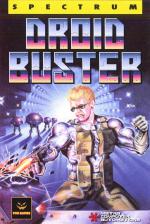 Dave E busts the myth that all new homebrew should be physically released.

I like the Spectrum retro scene. It's very much alive with ideas, and each month there is a glut of new releases. Alright, most of them made with Jonathan Cauldwell's Arcade Game Designer or The Mojon Twins' La Churrera game engines... but every now and then someone designs a real beauty from scratch. Something like The Sword Of Ianna or Los Amores De Brunilda, for example. And when the scene realises it's got hold of something a bit special, the physical releases soon follow, with either Cronosoft, Bum Fun or Monument designing a spectacular inlay and distributing cassettes of the new game just like we're still living in the Eighties.

However, I've noticed a rather disturbing trend developing in recent years. This trend is to design spectacular inlays for games that are frankly unworthy of a physical release. Bum Fun's decision last year to release the appalling Husband Chores on real media, for example, not to mention price it at £12! I think we all know that if the Crash team had got its hands on something like Husband Chores back in the Spectrum's heyday, it would have laughed it out of the office.

Now we seem to have Matra following suit, with the release of Droid Buster, a "move around and shoot anything that moves" game, complete with fetching-looking inlay. Matra has previously released some amazing games like Request In Peace, Gimmick! Yumetaro Odyssey and Bubble Bobble 4 CPC, but Droid Buster is right at the other end of the scale.

It looks like at least a hundred others, a generic AGD romp around a deserted space ship, with tiny graphics and the not-altogether-enticing mission objective of clearing one screen after another of roaming nasties. There's some nice background music, but nothing much more. At the bottom of the screen is a speech bubble which is meant to represent the sentiments of your Rambo-esque character as he proceeds on his mission. Fair enough, except that there are howling typos almost as soon as the game progresses ("Revenge is my strenght!"). Look, Matra, this sort of sloppiness just isn't on.

As for the game itself, well, it's a bit too hard to be fun and I suspect it will become tedious to most players in five minutes flat. It reminds me a bit of Rick Dangerous, although I'm not quite sure why because it's nowhere near in the same league.

If you feel I'm being a bit too harsh on the programmers then that's a fair point. Actually, my anger isn't really directed at them per se. Droid Buster is no better nor worse than a lot of Spectrum stuff being released at the moment. The point is more that, if a publisher starts to release lower quality games dressed up in the same way as the higher quality ones, it inevitably faces my disappointment when I load up the game and realise that that's what's happened.

I can't really recommend Droid Buster. It's not addictive, the graphics are poor and it offers the player nothing new. As a Public Domain game, you can play with it and feel some degree of happiness. If it were a £1.99 budget game, I'd also cut it a break and say well what do you expect for such a cheap price? But £7.95? Give it a miss.