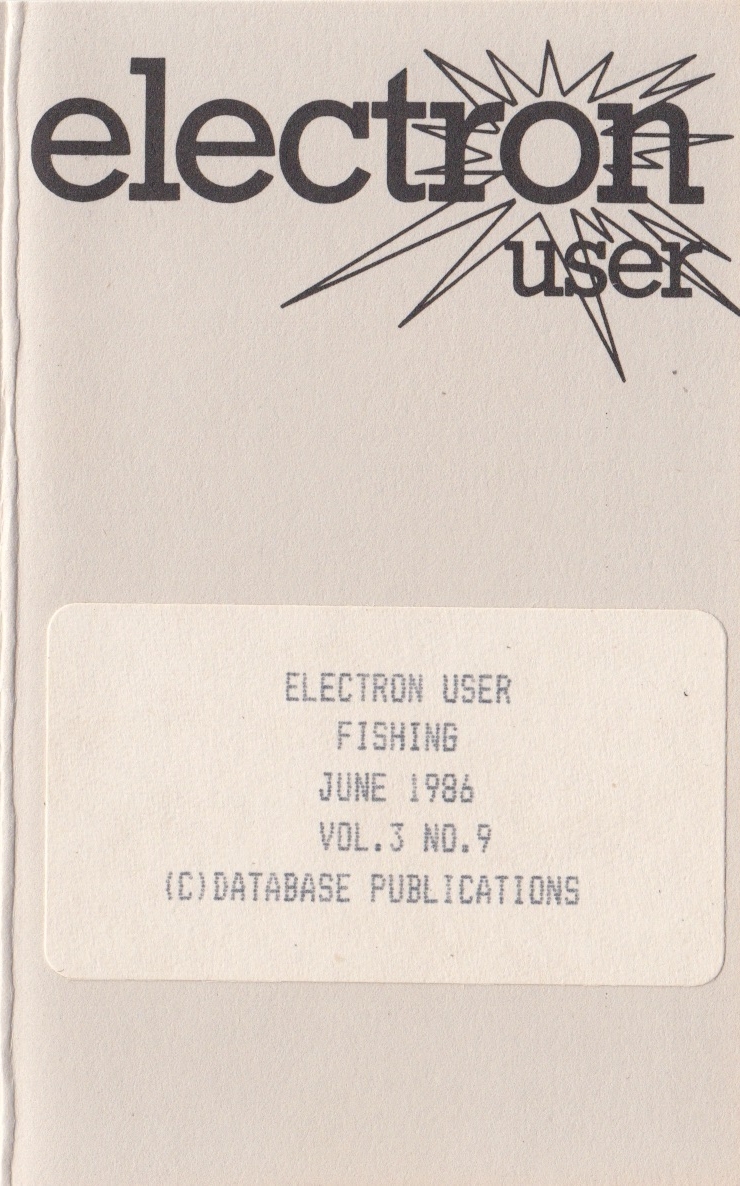 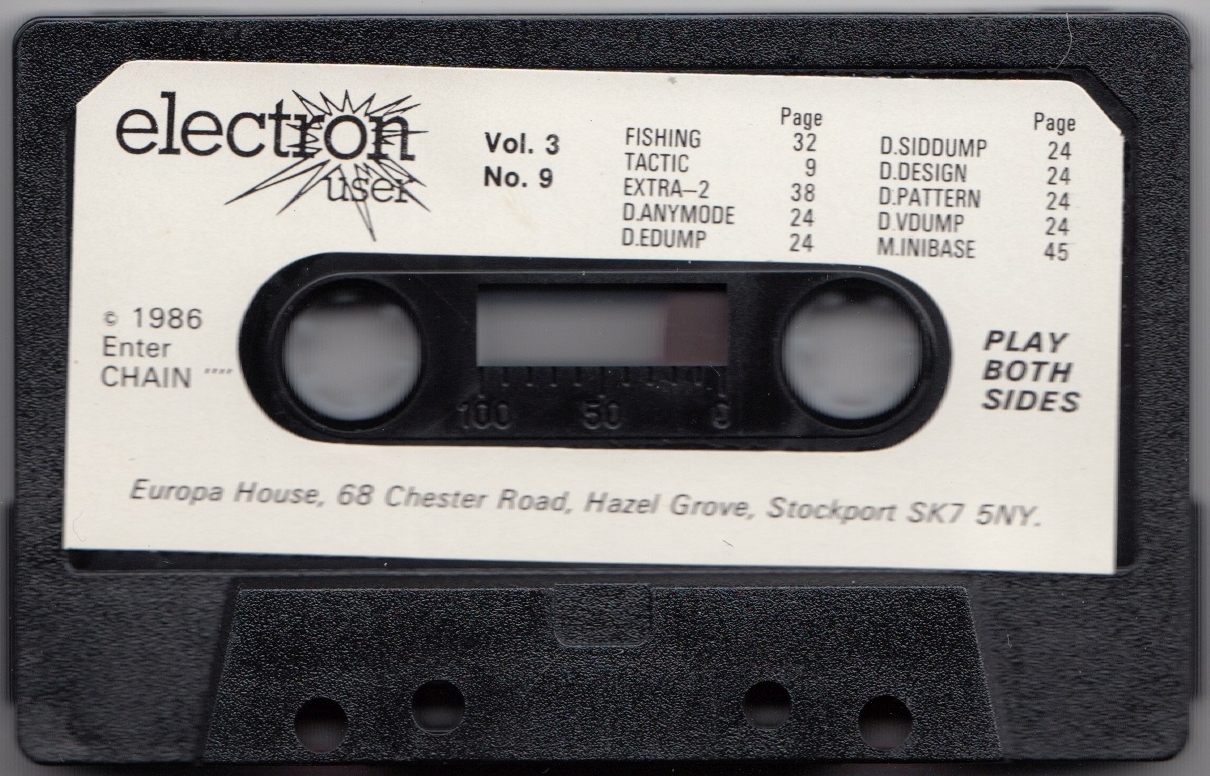 In FISHING you have just entered the United Kingdom Fishing Contest and are competing against six top anglers.

You first enter your name and then details of the tackle you will require. Then it's off to the riverside to fish.

The day before the contest, the organisers introduce approximately 600lb of fish, of varying weights into the river.

But an hour later they receive a phone call from a member of the Organisation Against Cruelty to Fish saying they have put several 40lb pike into the river.

Deciding against postponing the competition, the organisers agreed to warn the anglers before the competition started, so you have been supplied with the correct equipment to land these monsters. But beware, they are amazingly strong.

When reeling in any fish you have to tap the key as fast as possible so the heavier the fish the more tiring it will be to reel in.

If, while this is happening, the fish should take the line outside the screen area, you will be fishing in another angler's peg and, as competition is fierce, he will become very irate and cut your line, wasting valuable time.

The larger fish lie further out, so the extra time taken to reel in will benefit your overall weight of fish when the end of the contest arrives.

All anglers are given a time limit of five minutes to catch as many fish as possible. When the time is up the fish caught by each angler will be weighed and a table displayed showing the order of anglers, along with their final weight of fish caught.

Your result is repeatedly flashed on and off to highlight your position. If two anglers gain exactly the same weight, the one with the lowest number of fish comes first in the table.

TACTICAL PURSUIT is a game for two players, played using pawns on a chess board.

White goes first and the object is to get one of your pawns to the other side of the 8 x 8 board.

The number of men remaining for each player and the number of moves taken are displayed at the bottom of the screen.

I got the idea for TACTICAL PURSUIT when our class was told to make up a board game, so some of the credit must go to my English teacher Mr. Burnett.