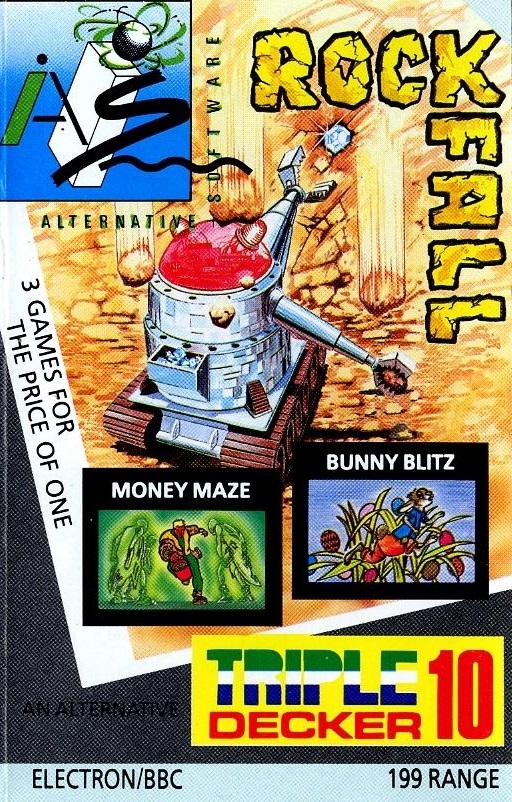 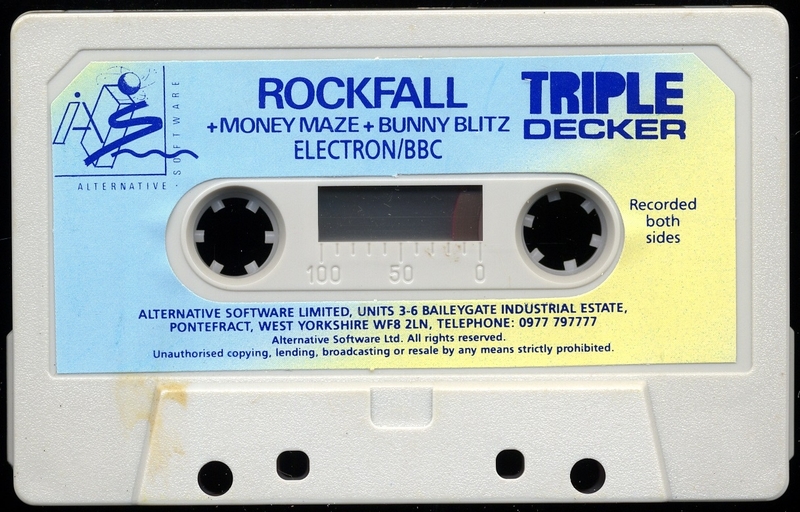 After travelling for many months you've finally reached Gamma-4, a small asteroid rich in crystals. Now you must guide your mining droid through the soft earth to the crystals, watch out for the large rocks though. If you dig underneath these they will fall and crush you!

When you hve collected all the crystals you move onto the next asteroid.

When the game has loaded, press ESCAPE to toggle the editor men. The editor enables you to design your own screens and save them to disc or tape.

Editor Controls
The cursor shows the currently selected character and the cursor keys move it around the screen. To change the current character press SPACE and to print it press COPY. DELETE will clear the whole screen so you can start afresh - take care!

There must be at least one crystal and one droid on the screen. Press ESCAPE when you have finished. The screens can be saved from the Editor screen menu.

Run around the maze picking up as many coings as you can, but watch out for the three ghosts who will try to eat you! If you manage to collect all the coins then the maze is filled again and the ghosts move faster.

Welcome to Bunny Blitz. Try to collect as many eggs as you can to score points. However if you go over the rabbits then some points will be deducted from your score. Two is the hardest level, forty is the easiest.