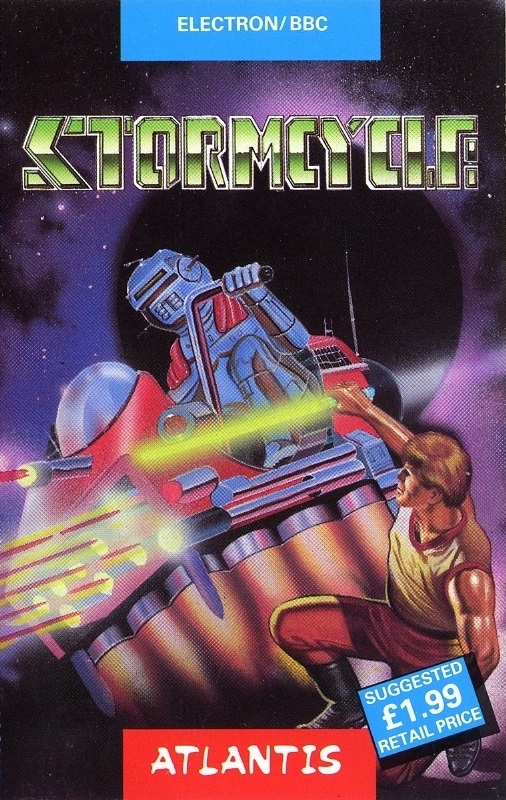 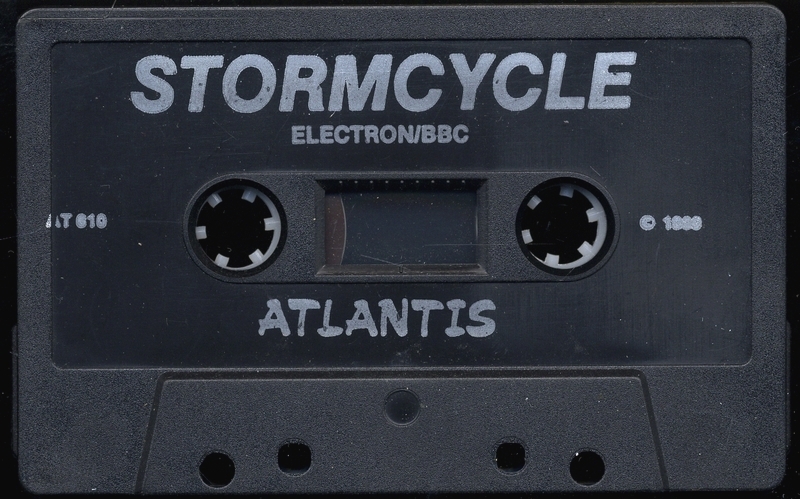 A graphic adventure game in which you ride a motorcycle and must collect up the crystals.

As a prelude to the imminent invasion of Earth, the warmongering alien army have unleashed a powerful meteorite storm to bombard the Earth's defences and secure a safe landing for their mother ship. Earth's scientists are preparing a super laser capable of destroying the meteorites before they can do any damage. However, five light refracting diodes must be added before the laser will have sufficient power to carry out its task. Realising that the invasion may be thwarted, an expeditionary force of heavily armed aliens has been landed to prevent completion of the laser. Whilst fighting off this army of attackers, you must find the diodes and transport them to a secret location where the laser is being assembled. Only when all five diodes have been delivered will Earth be saved from certain destruction.

Your task is to find the five light refracting diodes that will power a super laser and prevent the total destruction of Earth by a rapidly approaching meteorite storm. You will find many objects along the way to help you in your quest, such as energy bottles, smart bombs, etc. The five diodes are strategically placed around the different locations: forest, garden, moon, cellar and castle. Each location can be accessed via a network of transporters, thus enabling all diodes to be collected and taken to the house at the edge of the forest where, if dropped, they will be removed to power the laser. Good luck!