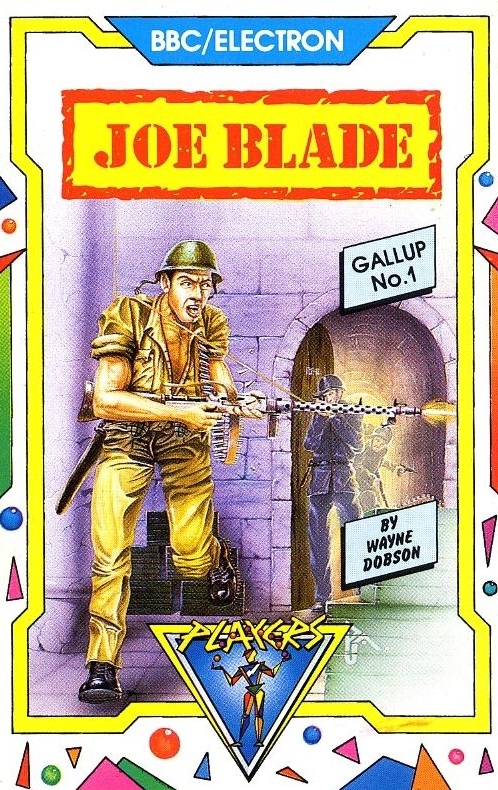 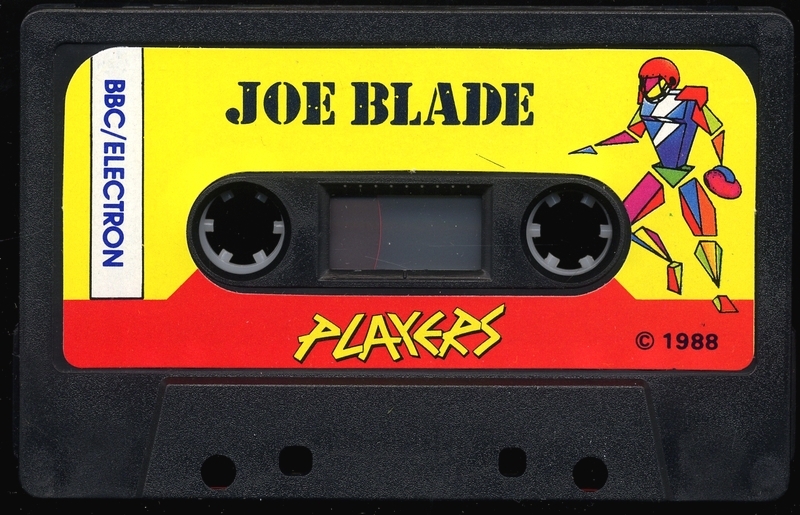 Take control of all-action hero Joe Blade and traverse a base rescuing hostages and completing various puzzle games against a timer.

Terrorists have kidnapped six world leaders. You, Joe Blade, their only hope, must enter Bloodfinger's base, liberate the hostages, prime the explosives and make your escape. Produced by Richard Paul Jones of Players 1988.

In an ambitious raid, a gang of vicious terrorists led by the infamous Crax Bloodfinger have kidnapped six world leaders, demanding thirty billion dollars ransom for their safe release.

Of course, the governments concerned have refused to pay and as the deadline draws nigh they decide to take the only course of action left open to them: Send in Joe Blade.

Joe Blade - teenage pin and pop idol, trained in a Tibetan monastery. Mean, tough and fearless, his very name strikes fear into the cold hearts of every gangster, assassin and drug baron.

You are Joe Blade...

Armed with only a light semi-automatic machine gun, you must infiltrate Bloodfinger's massive fortified HQ, situated in an un-named Central American country.

Bloodfinger's base is heavily guarded by his private uniformed army and underworld henchmen, contact with thich will drain your strength.

The stronghold is also protected by six booby-trapped explosive devices, all of which must be activated giving you twenty minutes to find the hostages and reach the exit before they detonate, destroying the fortress.

To activate these explosives, you have to rearrange the access code into alphabetical order using left, right and fire to swap the letters.

Scattered around are various pieces of equipment and supplies that may be used to your advantage.