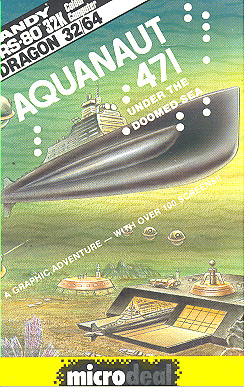 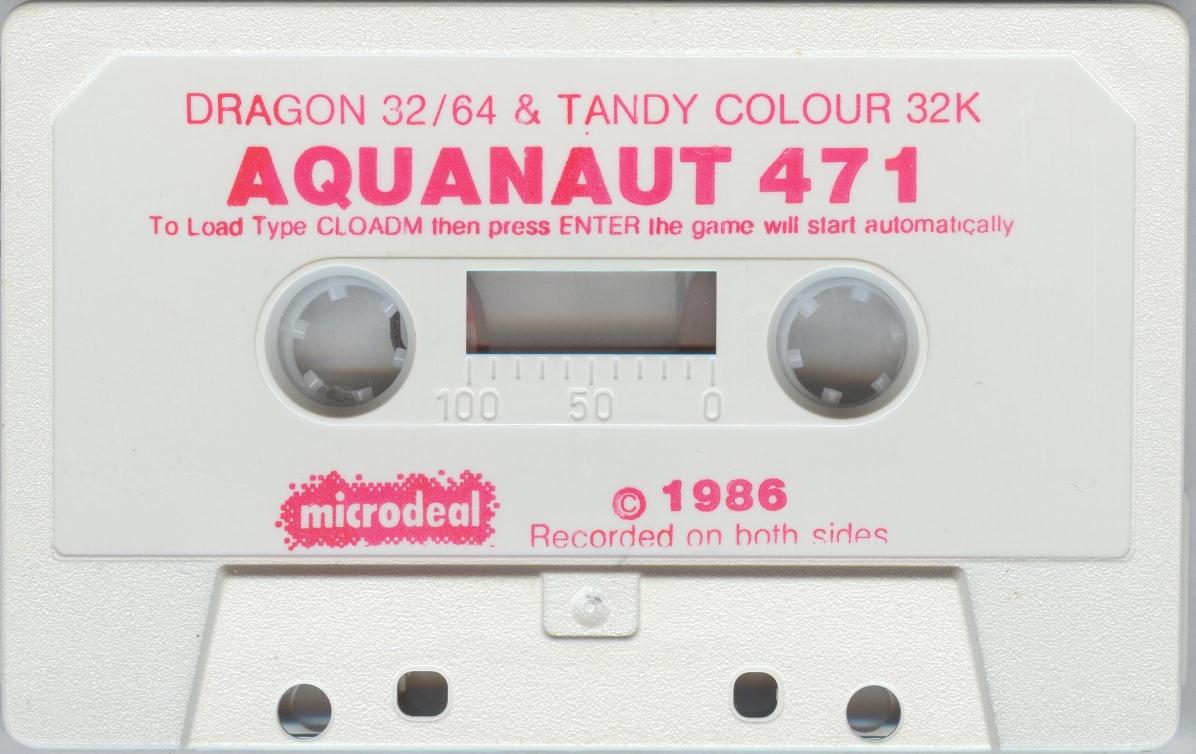 This item contains versions for Tandy Color Computer 2 and Dragon 32.

Under the Doomed Sea

By the beginning of the 21st Century, undersea cities have become necessary to avoid the mess we made of the Earth's surface. You will play the part of Aquanaut 471, a high ranking member of the Oceanic Federation. The O.F. is an organisation dedicated to keeping peace in the underwater world.

You begin your adventure in a submarine headed towards Trident Dome, a scientific research station. You are going there because of a mysterious call for help. The message was from the service droid, Huey-14 and was cut off before he could tell you what the problem was. Something is going on at Trident and it will be your job to find out what the problem is and rectify it.

The game is actually a story that you take part in. By typing simple sentences, you control the action of your character, Aquanaut 471. There are many paths that you can take. Some are easy to find, others are more difficult. There are also many objects for you to work with. Some will have obvious uses, and others will not. Some objects may be totally useless!

In order to solve this adventure, you will probably have to make a map. For every move you make, draw a square on a piece of paper to represent the room you are in. Then draw arrows to tell you where you can go from that room. This adventure is known to contain mazes, which in particular require careful and detailed mapping. In a maze, directions are not as they seem. Just about the only successful way to map out a maze, is to drop one of your objects and then move away from it. Then when you find it again you should be able to draw the path that got you there.

As in most adventures, you will probably find yourself being killed often. Happily, this is not permanent. You are just sent back to the beginning of the story. Before you enter a dangerous situation, you can save your current position on a blank cassette tape. Simple use the SAVE and LOAD commands. Then if you die, you can use the LOAD command to restore your game.

To help you move around easily, there are a few abbreviated commands available. Here is a list of them:

Additionally, you can type GET ALL or DROP ALL to get or drop everything in one room. Remember, you can only carry a limited number of things, so be selective in what you decide to pick up. You will need to carry certain objects in order to accomplish certain tasks.

The left arrow key also acts as a Delete key on any text which has been typed in, and the SHIFT-Left Arrow key will delete the entire line.

For the most part, the computer is looking for simple verb-noun sentences. GET THE BLASTER and GET BLASTER are both acceptable, and will do the same thing. There are times when you will need to tell the computer what object to use to accomplish the task. For example, GET THE BLASTER WITH THE GLOVES. If you leave off the 'with the object', the computer will ask you WITH WHAT? At this point you just need to type in the name of the object you want to use.

Only the first four letters of each word are used, so the sentence above could be entered as GET BLAS to save you typing time. If you type a word that the computer doesn't understand, it will respond:

I don't know that!

If you try to look or get any object that isn't around, the computer will respond:

If you try to get something that is too big (like a building), the computer will respond:

Finally, if you are carrying your limit and you try to pick up something else, the computer will respond:

You're carrying too much!

When the program has finished loading, it will automatically start. To begin the game, press the ENTER key.