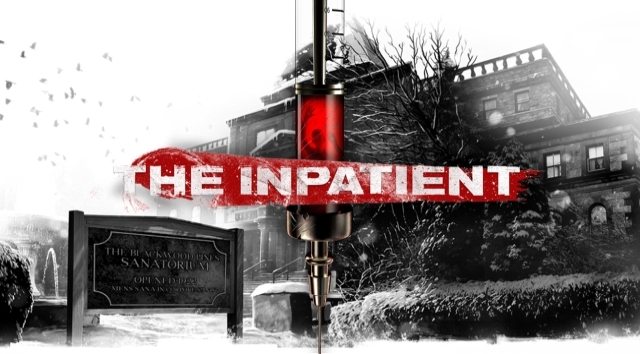 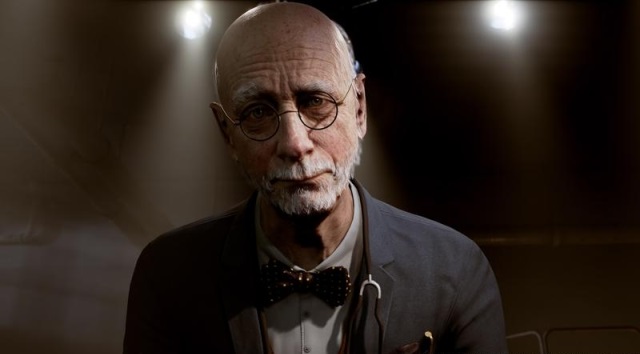 Last year I played Until Dawn: Extended Edition, an interactive movie from Supermassive Games. In it, a bunch of teenagers ventured up to a cabin in the woods and, in finest horror cliche, were stalked by something in the darkness. You played the game by controlling one of the teenagers in each of the scenes, and playing it through was like watching an epic movie. The plot twisted hither and thither, revealing some unexpected surprises. In essence Until Dawn was a very sophisticated Choose Your Own Adventure. Playing it through took several days. 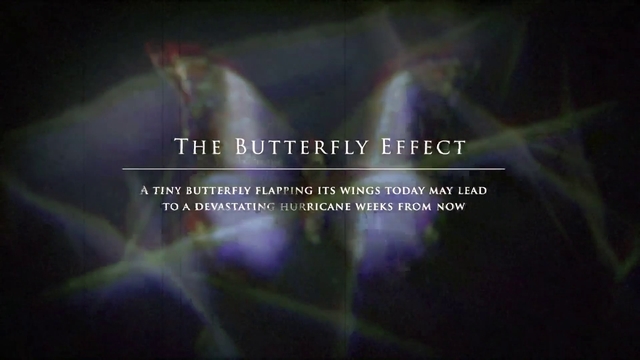 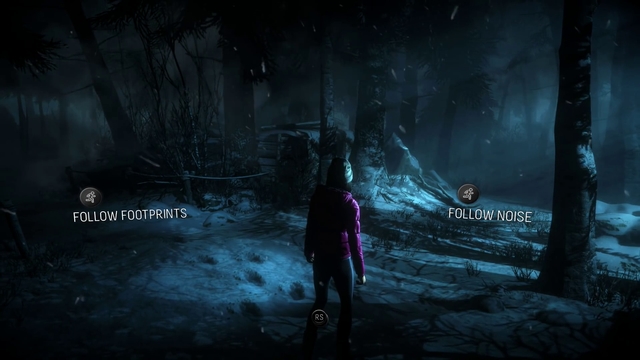 The original Until Dawn

When the new PS4 VR headset hit the shelves last Christmas, one of its launch titles was Until Dawn: Rush Of Blood, a truly scary roller-coaster ride with Until Dawn as its theme. The roller-coaster rocketed you, through the power of Virtual Reality, into some of the original game's freakier moments - its dead zombified twins, ballooning bloody pigs' heads and ghostly old women made an appearance alongside a bunch of ghoulies more associated with the circus. Rush Of Blood was no interactive movie though; it was a fast-paced aim-and-fire shooter, with a very scary giant killer clown. Difficulty could be adjusted and parts of it were very difficult to complete unless you were very handy with your shotgun. 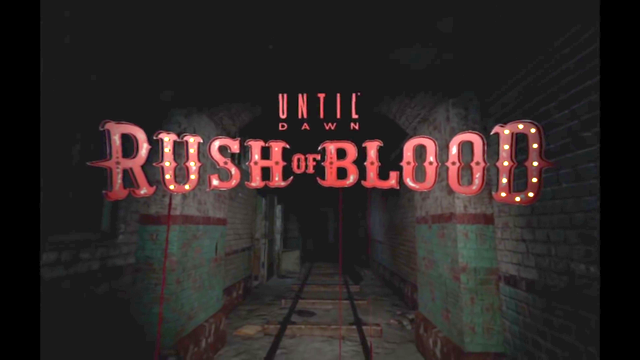 Until Dawn: Rush Of Blood 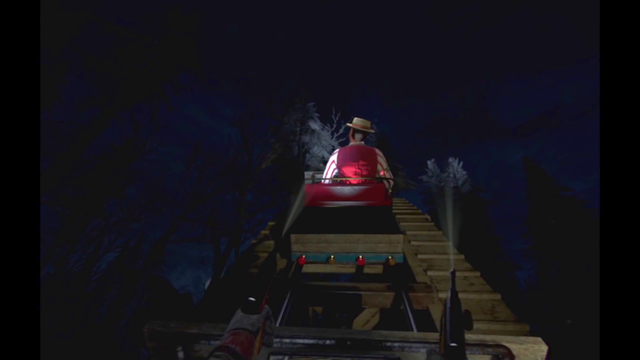 Use your guns to shoot the ghosts!

The Inpatient is another game in the Until Dawn arc and is billed as another decision-making experience, although this time combined with speech recognition - a first for the VR format. It's set many years before the original Until Dawn, and begins with you, as the inpatient, trussed up in front of a suspiciously-too-friendly doctor asking you what you can remember... Using the in-built microphone within the headset, you can either attempt to explain your jumbled memories to him, or you can clam up and refuse to talk. An intro called "The Butterfly Effect" informs you that, as in the original Until Dawn, every decision you take has "consequences".

After this, you're confined to a room in the asylum. You're occasionally fed or visited by a nurse during the day, and you have creepy nightmares when you fall asleep. Some objects glow, indicating that they should be investigated; if so, they usually result in a flashback memory being played to you. After a few days you're allocated a cellmate, then there's a commotion and then you both manage to get out of the room, only to find the asylum crawling with trigger-happy cops. A few survivors guide you around, warn you that there are monsters up on the roof and tell you to make your escape in the cable car. You do and... well - spoiler alert - that's the end. Total playing time: about two hours.

To state the blindingly obvious, The Inpatient is too bloody short. If you've enjoyed the original Until Dawn, you may remember that it is cleverly divided into approximately 90 minute "chunks". Personally I had no reason to believe that The Inpatient wouldn't be divided up in the same way, which meant that when it suddenly ended, I really thought I was probably only playing chapter one and there were probably nine more. Further adding to my consternation, on realising it had indeed ended, I was also none the wiser as to what the point of it had been. Some flashbacks had seemed to indicate that I had been a doctor; others seemed to be "revealing" that I was an undercover journalist. But, if so, what was I meant to be investigating and why? The nurse who escaped in the cablecar with me at the end even rebuked me with a cold "It's all your fault" before the fade to black. What was?!

As a fan of VR games, I had really high hopes for this title. I thought it would be spooky, atmospheric and cutting edge. It's fair to say it was a real disappointment. I'm not talking now about the obvious failure of plot progression and anti-climatic ending (I mean, hell, I never even got to see any monsters!); rather the whole thing is just palpably boring. For the first two fifths of the game, you're confined to a single room and only really interact with the game by eating sandwiches or turning over sheets of paper. On many occasions you can't even move whilst characters talk amongst themselves slowly and dispassionately. Your role is simply one of being stuck in a bad stage play with no lines.

Moving around, when you can do so, is also cumbersome. As you might expect, the right stick, if moved forwards "walks" you forwards. But, if moved backwards, it actually whips you around 180 degrees. This can cause real frustration when you approach an object and want to slightly back away from it just so the interact icon appears. That's because backing away, even just a fraction of an inch, is actually impossible with this system. Instead you must turn around, walk forwards, turn around again and then walk forwards more slowly. That's if you can be bothered. I frequently decided not to investigate the item rather than bother.

This isn't the only problem. Walking itself is sloooooooooooow. I imagine that the game is built that way deliberately (Walking in Until Dawn was also slow) because Supermassive Games thought it would build tension. Well, exploring the dark, creepy asylum by torchlight is certainly tense - but not being able to run away from any danger fair destroys any sense of urgency to that exploration. And, once you're exploring with the other survivors you've found, who similarly mill around very slowly, it becomes positively snooze-worthy. The corridors down which you wend have rooms open to the east and west, but, as with the items you find, it's so tedious to explore them that you probably won't bother to.

But the most baffling aspect of moving is that you are permanently locked at 30 degrees to the face-off, meaning if you move forward, you actually go slightly diagonally instead. Why? Don't know, no other VR game does this and there's no clue as to why it might be included. Thank goodness, it can be toggled on and off through the game's options menu.

As for this revolutionary speech recognition feature, well, to be frank, it sucks. You are given a choice of two sentences in response to any question and each is displayed with a corresponding "mood indicator". You simply look at the sentence and say it and this act constitutes the entirety of the "decision-making with consequences" Butterfly Effect. Some of the decisions you make are plain bizarre - deciding whether to eat a beetle, for example, or telling your doctor not to join you in the escape attempt.

Bafflingly, your entire input into the escape itself seems to be to press the button on an elevator and, when I failed to do this quickly enough, some very odd things started happening indeed. One of my party was shot and collapsed, but then seemed to glitch into a standing position whenever I looked at him before collapsing again every time I looked away. And the elevator itself seemed to go up, down and then up again in complete silence whilst everyone else just stared into space. Whoo, VR, such realism... Not.

Now, having laid into The Inpatient's plot, interaction and size, I will say that it does have some relatively creepy moments. There are some crawling bugs, sinister noise echoes and a few jump scares, particularly in the psuedo-nightmare scenes early on in the game. Your room is frightening claustrophobic. Your cellmate is suspiciously untrustworthy. The animation of the characters is spectacular and the graphics are out of this world. 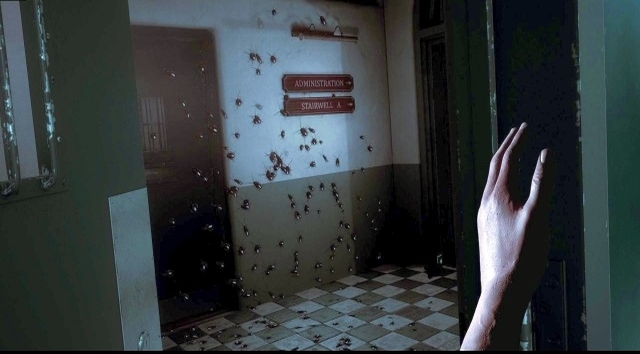 Bugs feature in your nightmares... 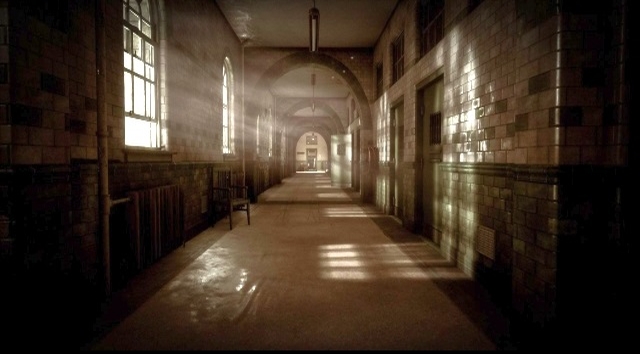 However, this is one of those games which, without the VR, is frankly nothing. I may have only lived one story but I'd bet my bottom dollar that, if I played it through again, much of it would be 100% identical. After all, the original Until Dawn is. So frankly, whether at the end I was a really a doctor, a journalist, or a regular patient, I don't know. And even worse, I don't even care.