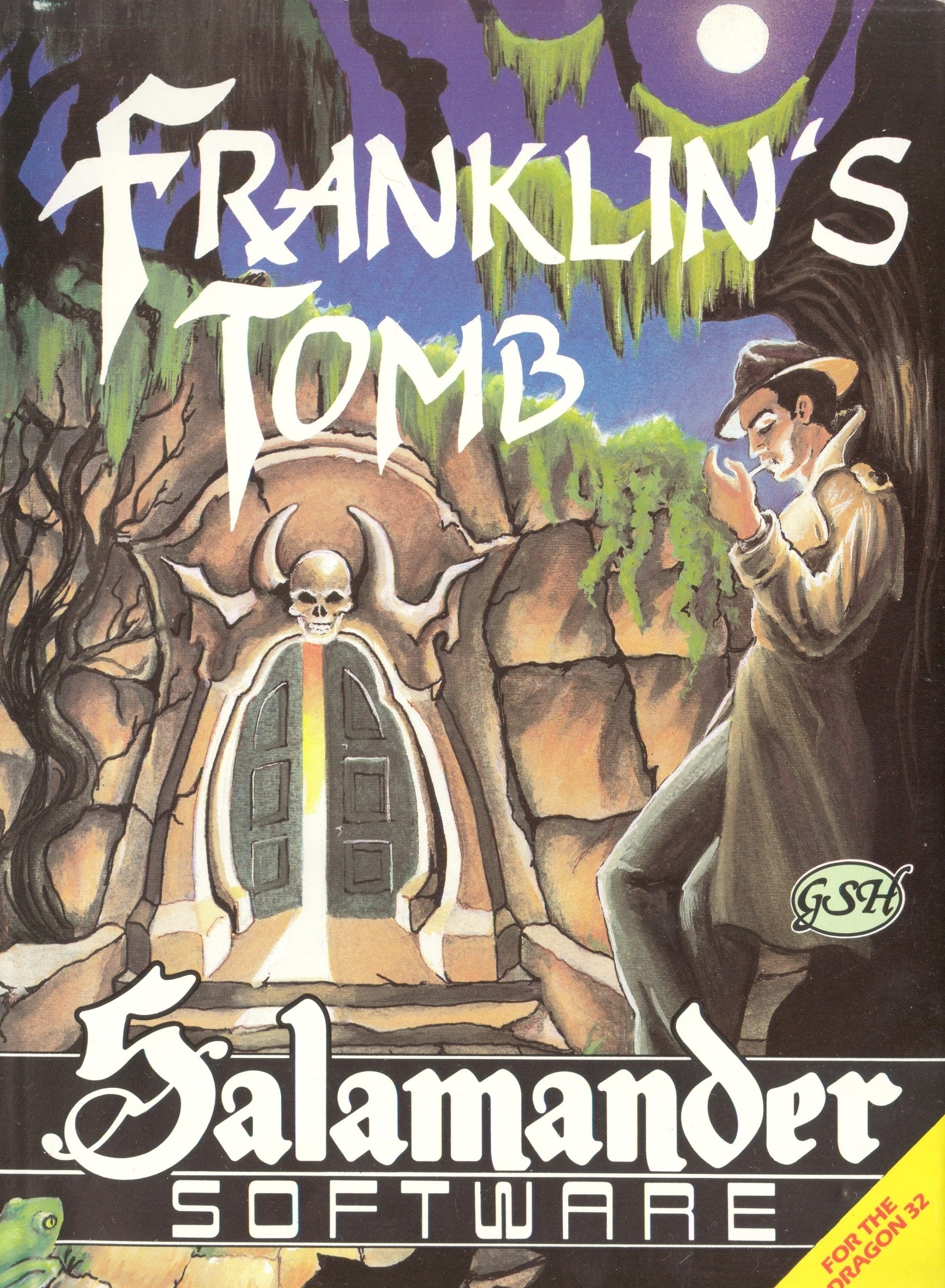 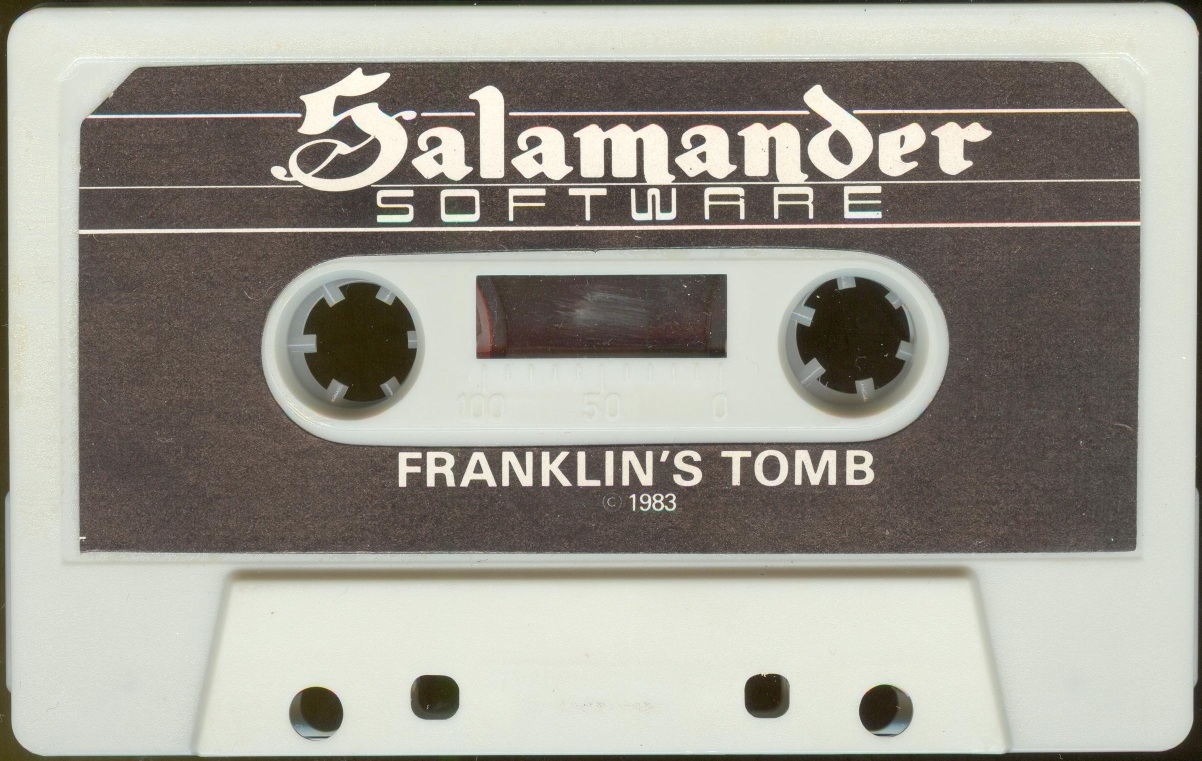 My name is Diamond. Dan Diamond. I'm a cop, at least I used to be. That was then, this is now, and nobody knows what tomorrow will be. That's the way things are, whether we like it or not...

Franklin's Tomb is an adventure for one player. Can you, as Dan Diamond, solve the riddle of the crypt, or will you fall prey to its mystery as so many others before you. Franklin's Tomb comes with a 20 page fully-illustrated case file.

My name is Diamond. Dan Diamond. I'm a cop. at least I used to be. That was then. this is now, and nobody knows what tomorrow will be. That's the way things are, whether we like them or not. Now I'm a private dick, fifty dollars a day, plus expenses if I'm lucky.

My beat is the city, a seething kaleidoscope of human emotion and solid steel. A place where everybody's got more problems than the next guy, and some of them willing to pay somebody else to solve them.

It was a muggy Monday morning, the sort of day that just lies there like a dead fish, staring at you. I was woken up by the light crashing through the window, drilling into my eyelids. I sat up fuzzily, my head ringing like Salt Lake City on a Sunday.

"Got to give up Scotch", I rasped to myself, the words sticking in my throat like a kid on the way to the dentist. Breaking open a bottle of Gin, I washed them down before anyone else heard.

Suddenly the door broke open and she walked in. You could cut a piece of paper with the creases in her uniiorm, but she moved like honey on a hot day.

She gave me a look that would've put Wilkinson Sword out of business, dropped a letter on my desk. and oozed out. No sense of humour.

I opened the letter. It had an address on one side. The other side read 'Please come. You're our only hope."

About as enlightening as a campaigning politician, but a job's a job, and a man's got to do what a man's got to do. With any luck it would be a divorce case - easy money, amateur photography and lots of hiding in closets.

I put on my hat and coat and walked out of the ottice. Then I went back and finished getting dressed. Down on the street. I got out a cigarette and waited for a cab. A man walked past me.

"No, but I got a dark brown overcoat," he replied.

I split his lip.

When I arrived at the address, I found an eerie graveyard, the mist rolling over the ground, a large crypt looming out of the darkness. I leant on a passing tree and lit my cigarette. The door to the crypt was open. a light shining out, casting a menacing glow on the moss covered steps leading up. Taking my Courage in my hand, and leaving the Whitbread behind. I strolled up to the door.

Suddenly, the ground gave way beneath me and I found myself falling. Falling.... The scene exploded into fire and darkness. Fire and darkness, and just before the darkness a flash of nausea...

Franklin's Tomb uses a formatted display. On the left hand side of the screen is a description of the room or corridor you are currently in. The bottom line of this description tells you which exits are available to you (e.g. N, S, UP, DOWN). The right hand side of the screen displays a list of the items you are currently carrying. You are only allowed to carry up to six items. These two displays are always shown so that you don't have to keep asking the computer for this in!ormation. The bottom three lines are reserved for user input and the computer's responses.

Franklin's Tomb is an adventure game. As such, it is up to you, the player, to find your way around the maze of rooms, carrying and using any items you find, as appropriate. To do this, you must issue instructions to the computer. These instructions take the form of a verb and a noun, separated by a space. An example would be TAKE BOOK. When you've finished typing the command, press ENTER and the computer will respond.

When relerring to items that you find in rooms, only the last word should be used to refer to the items. For instance, the SILVER STAR FISH would be relerred to as FISH. Most words can be abbreviated to three letters. For example, SHOUT and TAKE can be shortened to SHO and TAK. The only exceptions to this rule are when giving directions.

The cardinal compass points may be shortened to a single letter (N, S, E or W). When giving directions, the verb GO is also optional. Thus, the instruction "GO NORTH" can also be typed in as "GO N" , "NORTH" or just "N". The other exceptions are UP and DOWN, which must be typed in full (but you can still say DOWN instead of GO DOWN).

The game will run automatically.